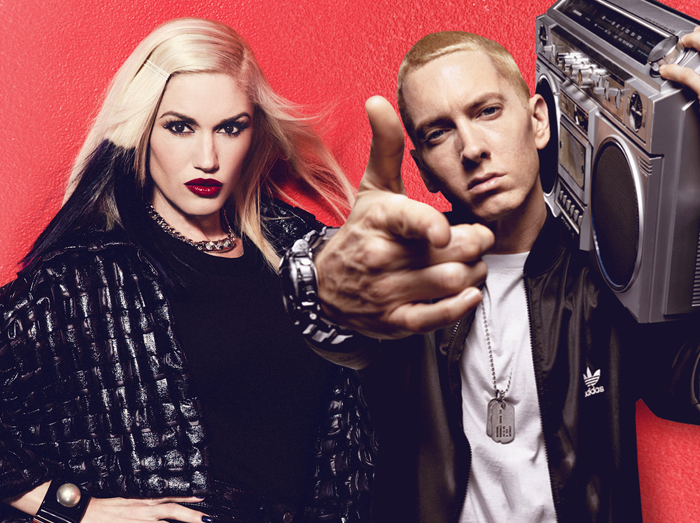 So Raspy.com is reporting that Eminem is already working on new album, to be released in 2017 and a list of potencial collaborators was released this week, the list includes names like 50 Cent, Sia and Gwen Stefani. So far there has been no official details released about a new collaboration, and we are considering this piece of news as rumor at this point.

As you all remember, Gwen and Eminem collaborated before on “Kings Never Die”, a song featured on the soundrack of the 2015’s movie, Southpaw.