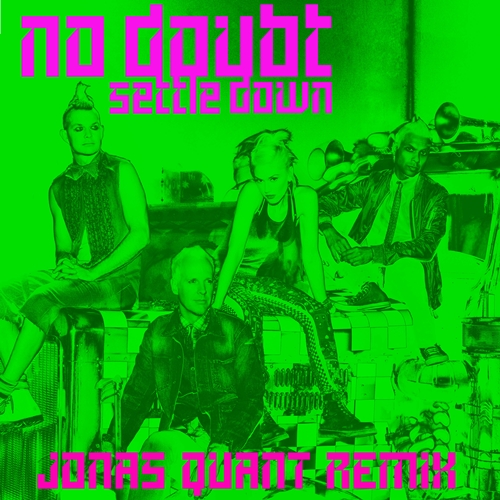 YAY,No Doubt has posted another ”Settle Down” remix on the official site!! This time,it’s the Jonas Quant remix,and it sounds incredible!! As we mentioned earlier,this remix can be bought worldwide at djshope.de,and is also available in Germany and for pre-order on UK iTunes as part of the ”Settle Down” EP. The band shared that Quant contributed two other remixes to the new album,which will be available next month. ND also has promised to share yet another ‘Settle Down” remix tomorrow!

It’s Tuesday, so that means there’s another remix coming your way! Here’s remix #2 of the band’s first single “Settle Down,” from their upcoming September 25th album release Push And Shove, brought to you by Jonas Quant.

“Settle Down,” is only the first of three remixes that Quant is contributing from the band’s upcoming album Push And Shove. The other two will be available next month.

Check out the Events section for all of the Push And Shove album release dates and we’ve got remix #3 coming your way tomorrow, so stay tuned!