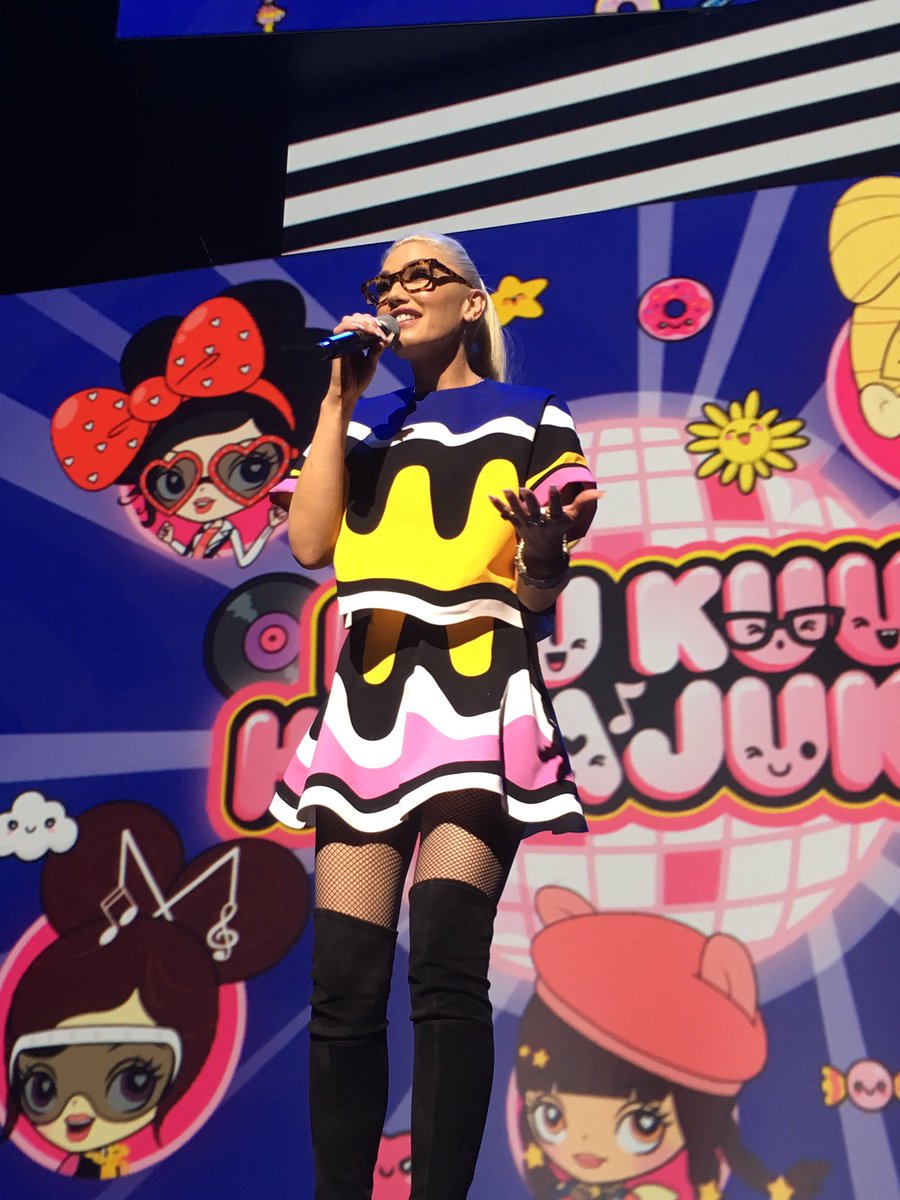 We had announced back in Oct.16 that new seasons for Kuu Kuu Harajuku were on the works, with season two already confirmed and a third season in pre production and on Thursday, Gwen was in NY to participate of Nickelodeon Upfront event hosted by the network to announce they have picked up a second season and a third one was on the works (source “TV Series Finale“). She also talked to Variety about the animated show as her “fantasy dream posse”:

It’s really a girl’s perspective. I do not know how I managed to have a project like this, I never really thought it would happen.