UPDATE: Here are a few videos!!! Sweetest performance ever!! 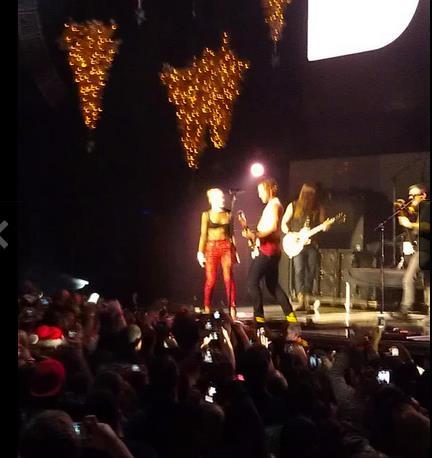 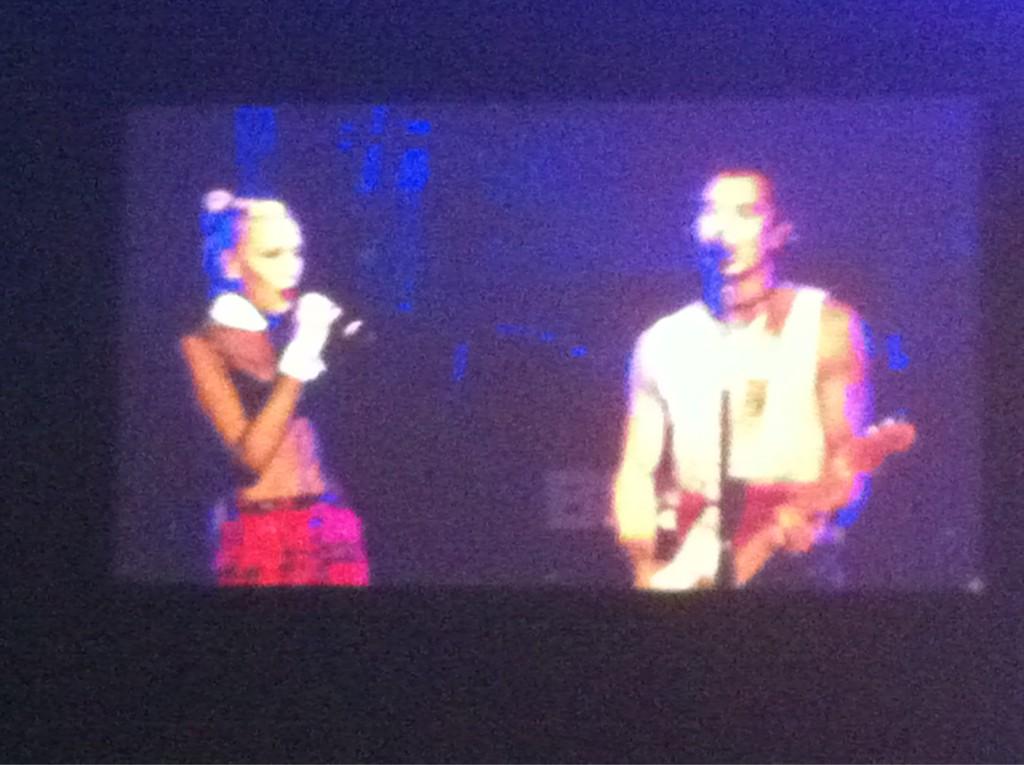 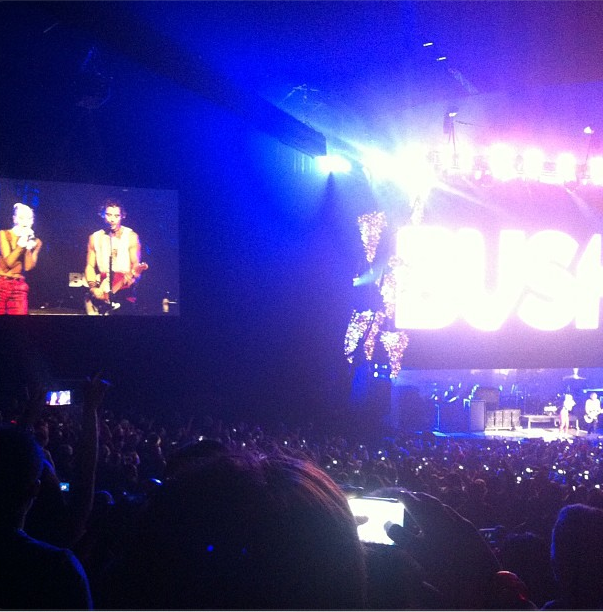 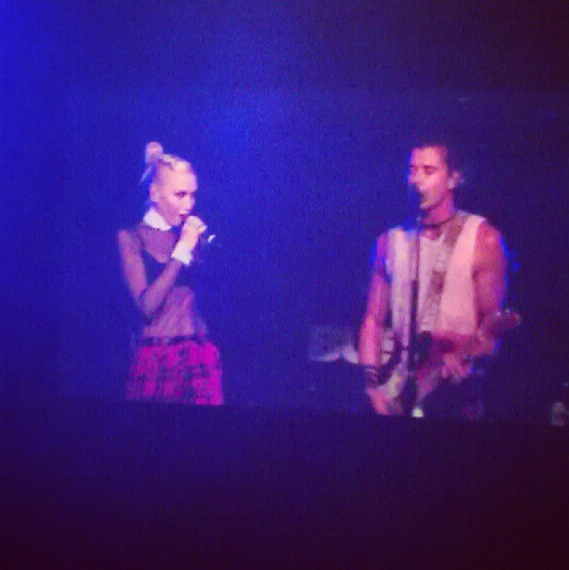 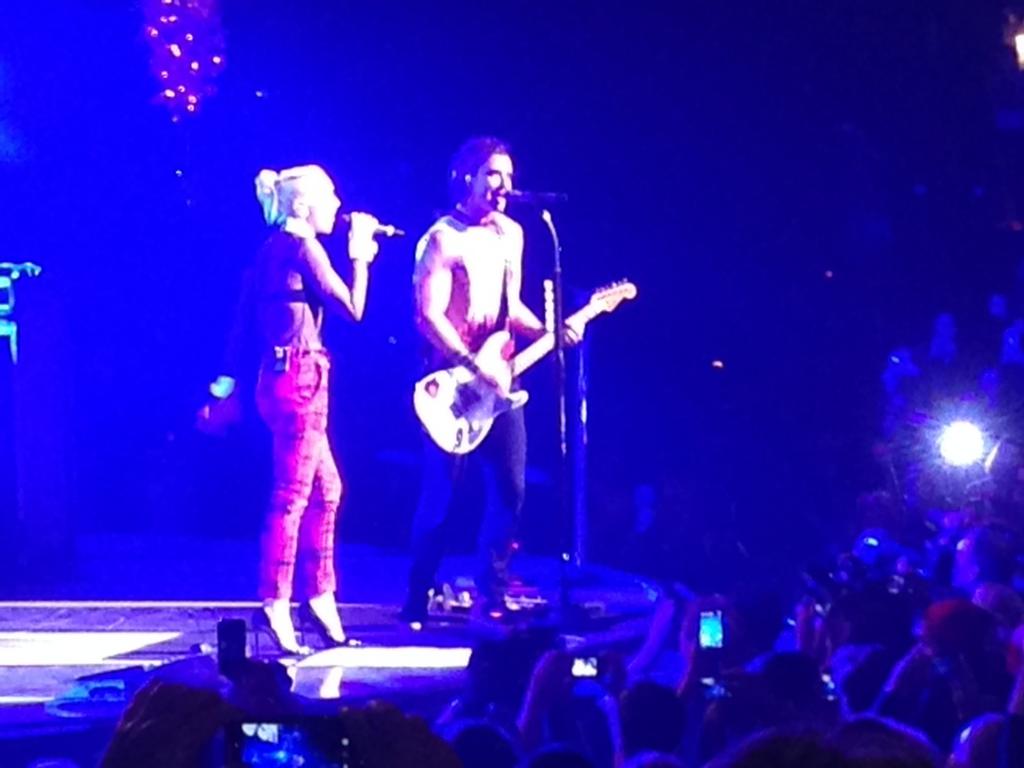 The wife of Gavin is on stage at #kroqacx12 KROQ twitter.com/TedStryker/sta… 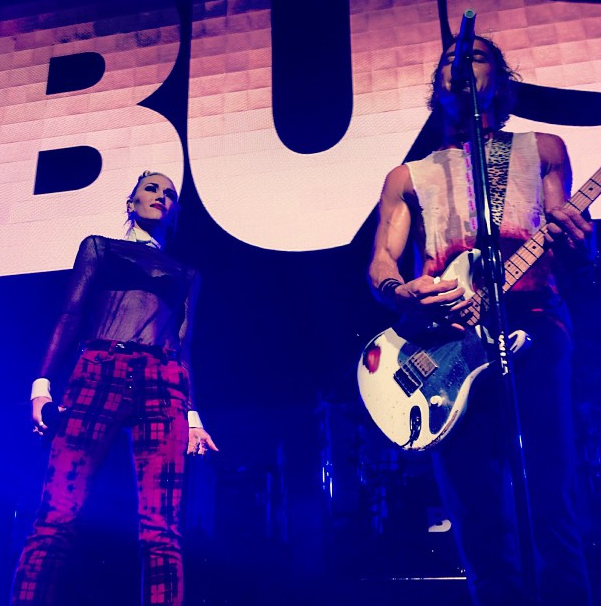 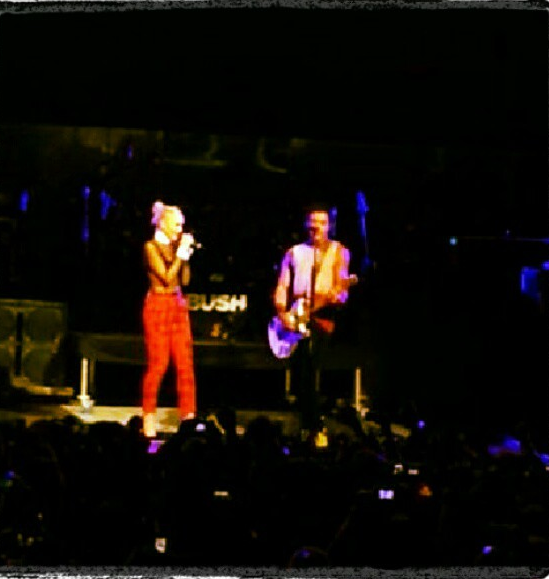 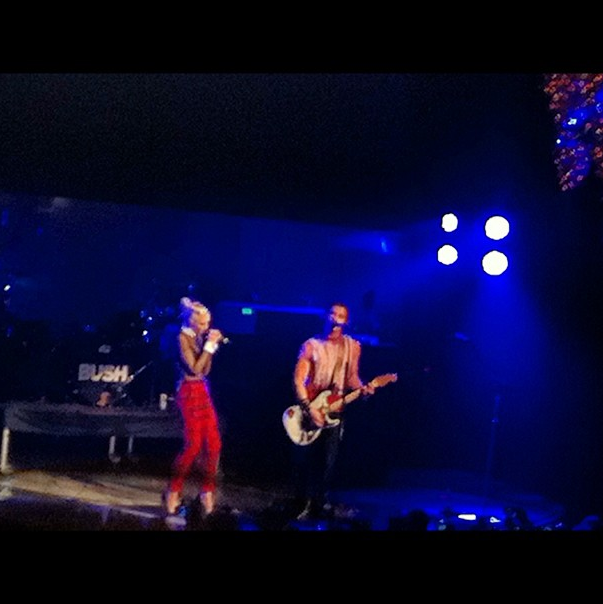 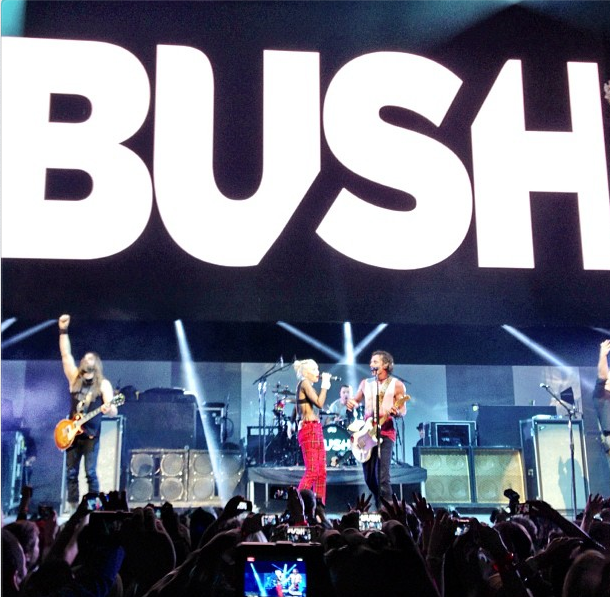 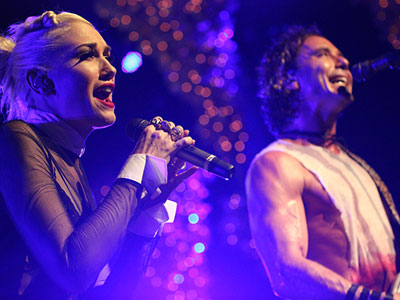 KROQ shared HQ photos in a blog post about Gwen’s surprise appearance! It’s so cute how they kissed at the end-they are such an amazing couple!!

There’s always the hope that the lovely and equally-as-talented wife of Bush lead singer, Gavin Rossdale, will make an appearance during one their gigs. And at the 23rd Annual KROQ Almost Acoustic Christmas this year, dreams really did come true.

Gwen Stefani, lead singer of No Doubt and huge solo pop star, joined Rossdale mid-song as he crooned his first radio hit “Glycerine.” Dressed in her quintessential red plaid pants and a see-through collared mesh top with a black bra, Stefani was looking hot while she supplied her own passionate melodies to the song.

At one point, Rossdale even sang the song directly to her and Stefani smiled shyly. At the end, he even planted a kiss on her! It’s clear this couple can make Christmas magic happen, even without the mistletoe. 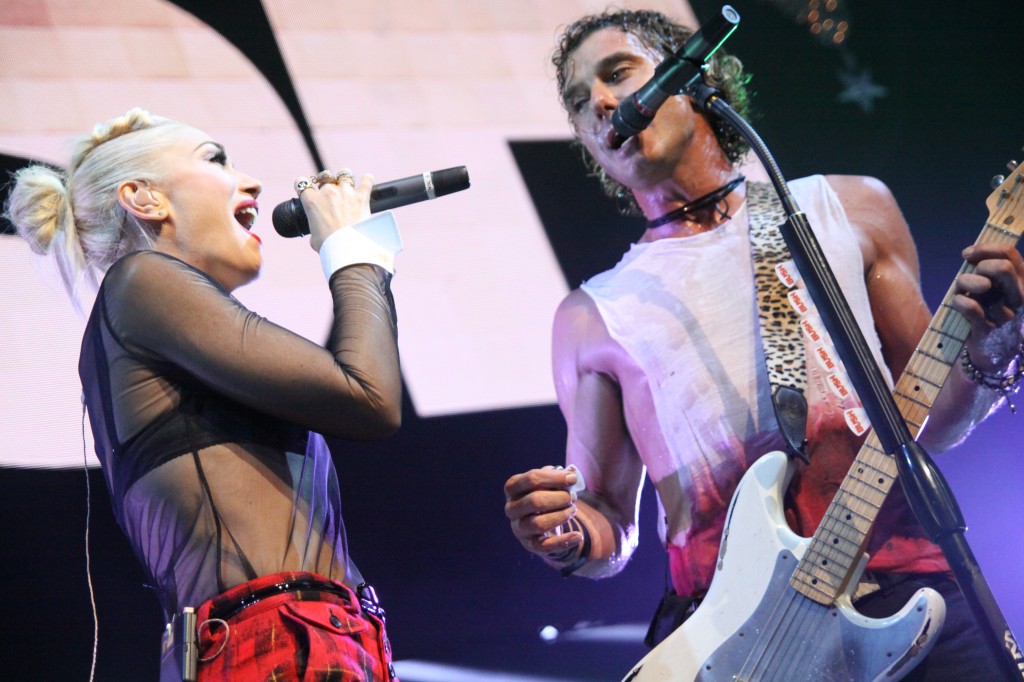 Here are more professional photos-Gwen looked as gorgeous as ever!!! 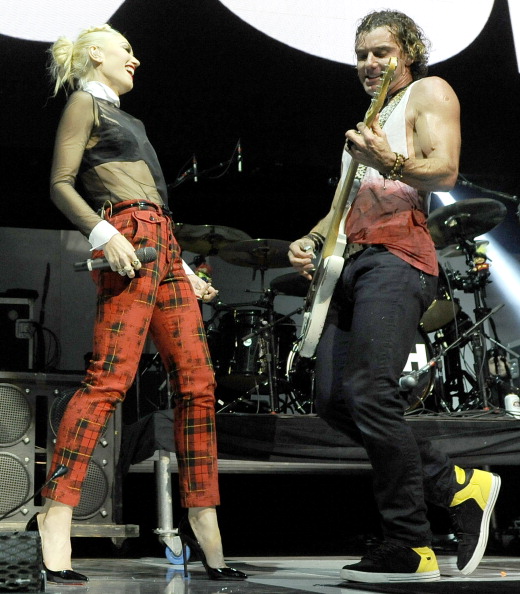 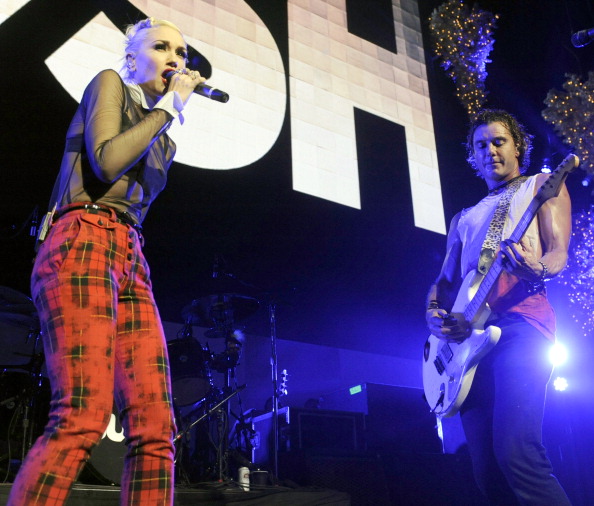