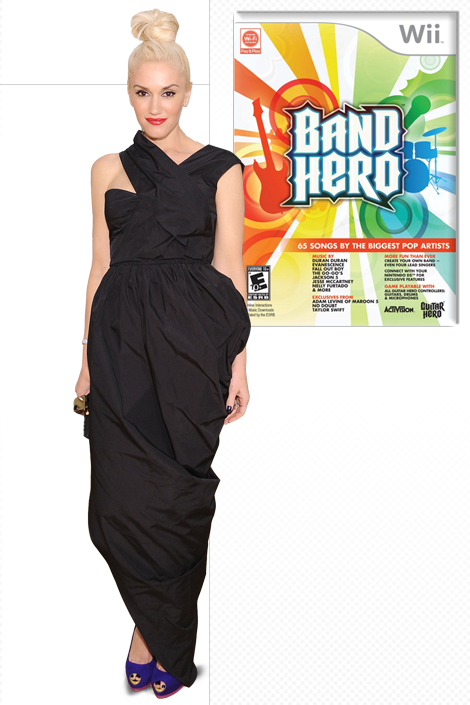 Gwen is included in Elle Magazine’s slideshow of 10 Celebrity-Based Video Games for No Doubt’s appearance in Activision’s Band Hero. As most fans know,the band ended up suing Activision for breach-of-contract,alleging that they did not agree to allow the video game developer to let players use their virtual likenesses to perform other songs available on the game. As we updated last month,No Doubt’s lawsuit has been consolidated with a similar lawsuit filed by Maroon 5,and a jury trial is tentatively scheduled for June in Los Angeles.

No Doubt’s appearance in Band Hero—Activision’s group version of Guitar Hero—was not without controversy. One day after the game was released in 2009, Gwen Stefani and the band sued the company, claiming they were not told their avatars could be used to perform other people’s songs—say, Stefani singing a number by Taylor Swift or Lily Allen, who are also featured in the game. The suit, which is still pending, is similar to the one Courtney Love threatened after the release of Guitar Hero 5 because she didn’t want Kurt Cobain to perform non-Nirvana music, such as a Spice Girls song.