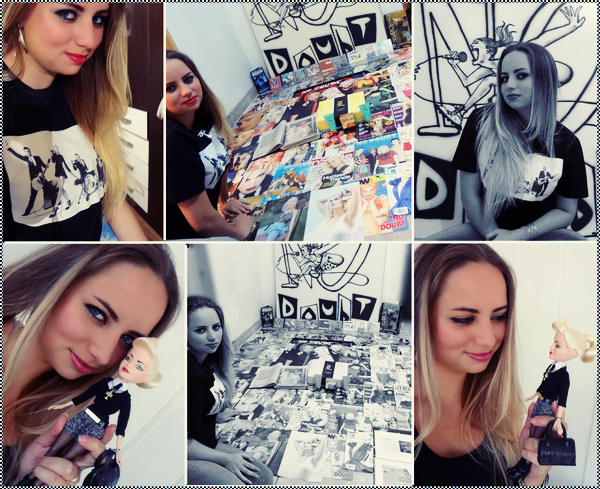 This Months’s Featured fan is a great friend of ours, Jully! She’s the founder and webmaster of the Fan Site No Doubt Brasil! Wanna be a featured fan? E-mail us at eit.nodoubt@gmail.com and we’ll let you know what to do! 🙂

Tell Us A Little Bit About Yourself:

My name is Juliana, but I’m known as Jully. I’m brazilian, 24 years old, married and at the end of last year one of my biggest dreams came true, I created the fan site “No Doubt Brasil”. I’m an actress, love tv series, movies, dogs and the old and good Rock’n’Roll, but above all I’m simply addicted to No Doubt for more than 12 years! My love for No Doubt is so big that even my husband became a fan. On our wedding rings it’s written “L.A.M.B”:Love, Angel (that’s how I call him), Music (what brought us together) and Baby (our dream is to have a baby). I’m happy to say that I grew up with No Doubt. Much of my personality, style and character come from them and I’m proud to say that No Doubt is an example for their fans! 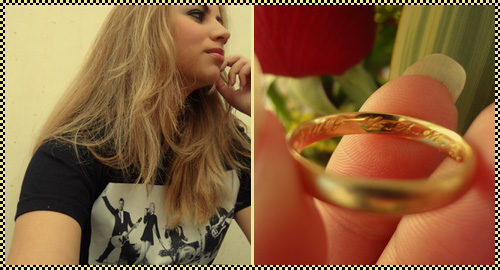 How Did You Become A Fan?

I had a friend who was completely obsessed with the Backstreet Boys and she forced me to watch some tv shows that they were in. One day I saw AJ saying that he was totally in love with “Gwen Stefani”, I asked her who she was and she told me “A freak with pink hair”. Hahaha. The next week I was watching MTV and “Making the Video Ex-Girlfriend” came on… do I need to say anything else? I SIMPLY LOVED IT! It was really love at first sight! I started to search for everything about the band and fell in love even more!

What Is Your Favorite No Doubt Memory?

All the brazilian fans know how it is difficult to be a No Doubt fan in Brazil. We rarely see something about them on magazines, media and stuff. There are a plenty of moments that ND made me jump of hapiness: the first magazine clippings that I won, finding their albums on the stores.. A special one was watching the 2003 Grammys, live. It was awesome cause it was the first thing I saw about them being aired live in a brazilian tv channel! I cried so much!! Well, to be honest almost all things related to ND make me cry, lol! The first time that No Doubt (Tom) replied to one of No Doubt Brasil’s tweet, my heart almost stopped, ahhaah. When Tom followed us on Twitter, I freaked out as well! I still didn’t have the privilege and the happiness to meet No Doubt or to go to one of their concerts, but I hope one day this dream will come true. No Doubt’s not only my favorite band, they’re a part of me and part of my life. 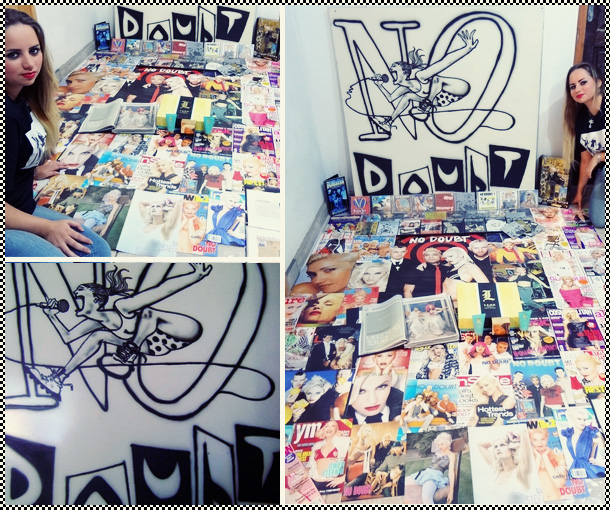 What Is Your Favorite Era?

Such a hard question! I love all the eras, which one in a different way! All of them are incredible! Sorry, I can’t answer this one! ahahah.

What Is Your Favorite No Doubt Song?

Tricky question! I think that each No Doubt song marked a different moment of my life… Stricken, Sad for Me, By The Way, End It On This, all Tragic Kingdom album, Magic’s In The Makeup.. I’m SO in love with ROS! Everything In Time, I Throw My Toys Around, In My Head and Running, with that amazing video clip that makes me cry every time I watch it… I think it’s better to stop right here, otherwise I’ll put all ND songs in here! They are simply perfect!

7 thoughts on “Featured Fan of The Month: Jully Ponce”