UPDATE 2: Congrats to Tony and his Team Gobble on beating their goal of raising $200,000 for Farm Sanctuary–they raised $227,004 in total!! Thanks to everyone who made a donation!

UPDATE: All donations will be doubled today,October 2!! 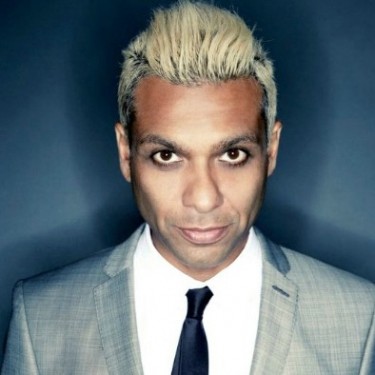 Farm Sanctuary,the animal rescue and advocacy organization of which Tony is a staunch supporter,has announced that Tony is taking part in the sanctuary’s What Did You Do? Crowdwise campaign to stop animal cruelty. Tony,along with other celebrities like Mayim Bialik and Kevin Nealon,is a team captain for Team Gobble,which is getting the word out about helping turkeys that have had to,and continue to,endure the cruelties they are put through in factory farms. The team is attempting to reach a goal of raising $25,000,an amount that will then be doubled by “Animal Angel” donors. Those who donate to the team will have the chance to win prizes such as Thank You messages from singers Leona Lewis and Joan Jett and gift packages. As of right now,the team has raised $3,362. For more information and to make a donation,please visit the Team Gobble page on Crowdwise. We once again applaud Tony for his activism on behalf of all animals and hope that his team reaches its goal.

EVENT: What Did You Do?

Our “Animal Angel” donors have challenged us to reach $25,000 for Team Gobble. They will double your donation. Please get involved now and help us reach our goal. To learn more, visit http://wdyd.farmsanctuary.org.

Team Gobble is getting the word out about helping turkeys like Daisy and Shannon that have had to, and continue to endure the cruelties they are put through in factory farms. Did you know that just $4 is the cost to feed a rescued Turkey for a month? So please join us, as every dollar counts!

Promotion: Donate at least $25 from 9/26 at 9am ET to 10/2 at 11:59pm ET and you’ll be automatically entered for a chance to win a Thank You Tweet from Leona Lewis & an ALL VEGAN Gift Bag from The Body Shop.

Donate at least $10 from 9/13 at 2pm PST to 10/2 at 3pm PST and you’ll be automatically entered to win a JOAN JETT & THE BLACKHEARTS Greatest Hits CD Signed with a Thank You Message from Joan Jett.

Donate at least $20 from 9/27 at 9am ET to 10/7 at 11:59pm ET and you’ll be automatically entered for a chance to win a 30 Minute Google Hangout Cooking Lesson with The Jazzy Vegetarian, Laura Theodore.