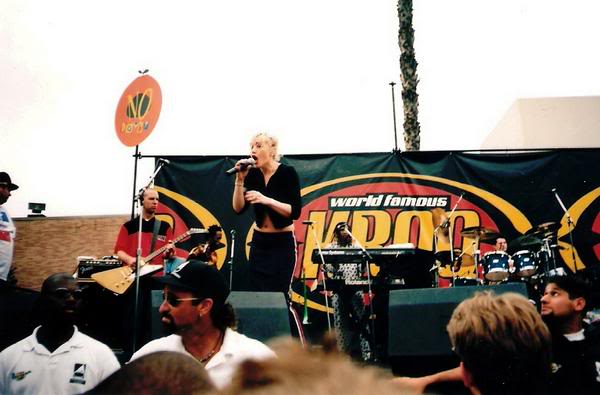 KROQ is having a bracket vote for the Coolest SoCal KROQ Band,and No Doubt,last year’s champions of KROQ’s Best Band of All Time vote,is in the running!!! We can vote for No Doubt in the 3rd round today-you are allowed to vote once a day.Voting for this round ends tomorrow,June 21,so be sure to cast your vote for No Doubt to advance to the next round!! (You do have to be 21 and over to vote,but maybe fans who are under 21 can fudge their age a bit 😉 ) Let’s all help No Doubt win the title of Coolest SoCal KROQ Band!

We compiled a list of our favorite bands that started with their roots right here in Southern California.

The 3rd round of voting begins today and ends tomorrow. You’re allowed to vote one time per day.

This years semi-finalists are the Red Hot Chili Peppers, Incubus, and The Offspring. Also, No Doubt who was voted last year’s best So Cal band, has once again secured a slot in the final four. Who’ll be crowned this year’s best SoCal band? It’s your choice!