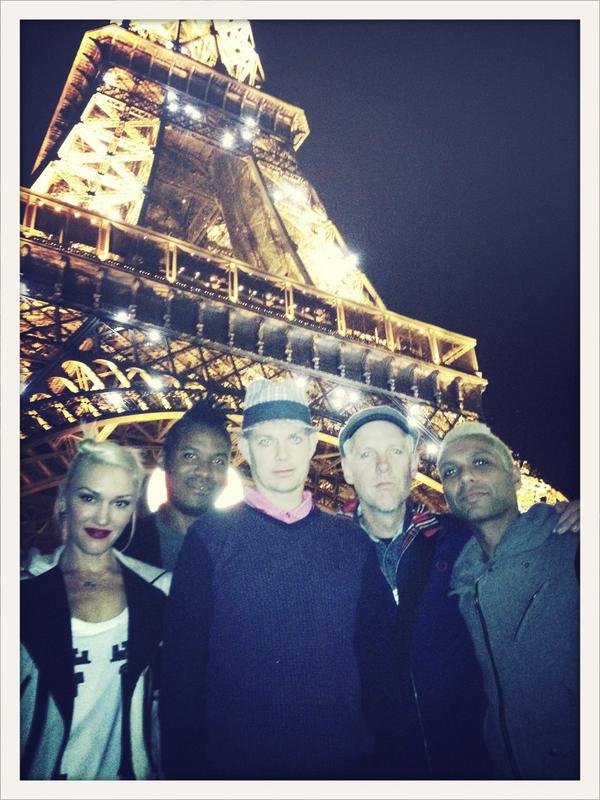 Virgin Radio France has announced that its interview with No Doubt,which was taped a couple of weeks ago while the band was in Europe,will be airing all this week during the Virgin Radio Lab show with deejay Double F. Fans can listen live here,and hopefully podcasts of the segments will turn up online.

To celebrate its return in the trays to be No Doubt A whole week alongside Double F in the Virgin Radio Lab. Return not to be missed between 2H and 20H!
After 11 years of absence, the fans of No Doubt the band led by Gwen Stefani, were rewarded by the release of Push And Shove sixth studio album.
Fan of the first hour, the group puts Virgin Radio to honor and offer “a week of No Doubt” in The Lab Double F!
Live interview … The opportunity to learn all about the group!