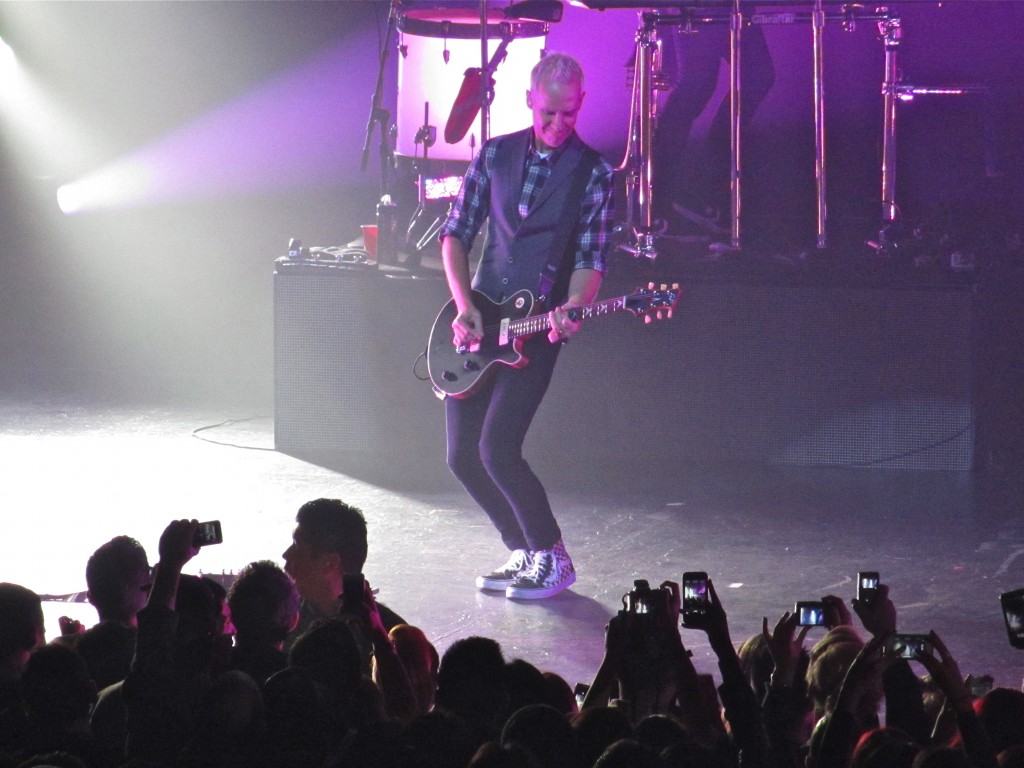 Thanks to GJ2 Guitars,maker of Tom’s awesome Zora guitars,for sharing amazing photos from Night 6 Gibson in their latest blog post!

As No Doubt concludes a seven-night stand at the Gibson Amphitheatre tonight, we wanted to share a few highlights from night six, when the GJ² team was fortunate enough to attend the show and hear how our Zora guitar performed on the job. So of course, all our photos feature Tom Dumont and what’s become his main guitar during this run, the GJ² Zora (prototype 1)!

Opening with the title track from “Push And Shove,” the band had the hometown crowd up on its feet dancing and singing along to practically every song. The set mixed a handful of numbers from the new album alongside hits and old school favorites spanning the band’s 26-year career. Singer Gwen Stefani occasionally paused to read homemade signs held by the audience, sign autographs, and take arms-length self-portrait photos with fans.

After the show we had fun meeting (in real life) some of our No Doubter friends on Twitter, so a special shout out to Kenda and Geo (and company) for the tweetup. No Doubt fans are hella nice people!