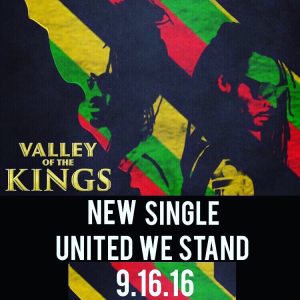 Update! Turns out it’s a new single not the album release, Stephen had even shared the information on album release date and later changed to just being the release date for their second single “United We Stand”. You can pre order the single at iTunes and Google Play

Sorry for the confusion. Good News? You can pre-order now Or follow us on instagram for a chance 2 win the single ❤️https://t.co/D9EcYmbtf8

We were hinted on Twitter yesterday by @SteveBradleyFans that today around noon an announcent was going to be made and a contest was to be followed. Their debut album will be out on September 16th, their debut single Holligans, is already out and features Gabe McNair and Adrian Young.

There’s also the contest of course!  Stephen Bradley Fans will be giving 3 digital copies of the album to US fans only. See details below to participate.