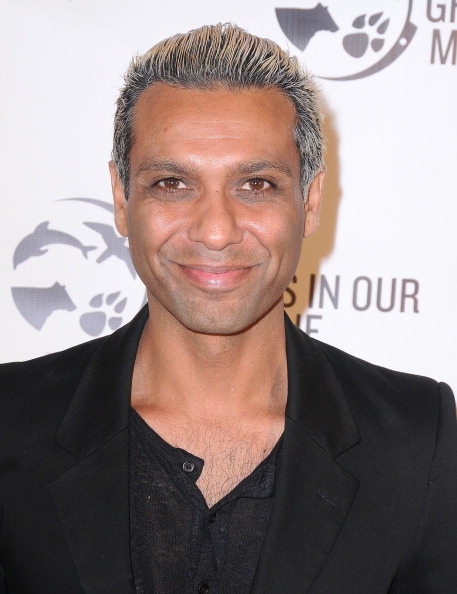 According to a new article posted by Sparrow Media,Tony is among the dozens of celebrities and activists who have joined hip-hop mogul Russell Simmons in calling upon US Ambassador to Japan Caroline Kennedy to pressure President Barack Obama to refuse signing the Trans Pacific Partnership (TPP) until Japan abandons its practice of drive hunt slaughter and capture of dolphins and porpoises. The letter, which was sent to Ambassador Kennedy’s office on Wednesday, is undersigned by Tony and others expressing outrage over the slaughter, especially the seasonal drive hunt held annually in Japan’s Taiji Cove. The full text of the letter can be read below. We applaud the efforts of Tony and all of the animal rights activists who are trying save those precious dolphins.

We, the undersigned, ask you to personally deliver this petition to President Barack Obama urging him to NOT sign the Trans-Pacific Partnership (TPP) until Japan bans the slaughter and capture of Dolphins in Taiji.

Following the graphic news reports on January 17th that five pods of Bottlenose dolphins were driven into Taiji’s infamous killing cove, leaving 40 slaughtered and 51 captured, people watching from around the world were left heartbroken. In the wake of this massacre, thousands expressed their gratitude to you for expressing your opposition to these killings and captures on social media. We join them in gratitude for your concern for the dolphins of Japan.

Images of the panicked Bottlenose (more than 250 in total-including a very rare white calf who may be blind and/or deaf) broke the hearts of millions, as they watched the live-streamed coverage, or viewed photographs taken by those present during the drive hunt. The widely-shared video documenting terrified families of dolphins clinging together as Taiji fisherman ran them over with their boats, cordoned them off with nets, and drove them towards the killing cove, has sparked an international outcry to end this brutality.

Since the start of this Taiji drive hunt season on September 1, 2013, over 600 dolphins have been slaughtered, and over 149 were taken captive, slated to live lonely, degrading, psychosis-inducing lives analogous to enslavement at amusement parks, as chronicled in the film “Blackfish”. The drive hunt and slaughter of 20,000 dolphins, porpoises and small whales that occurs throughout Japan each year is Japan’s shame. These barbaric drives, that began in 1969, must be stopped immediately.

We, the undersigned, are not using this petition to assert a position in regards to the TPP, rather we are underscoring that your influential voice in defense of the dolphins of Japan is instrumental in expressing to the White House the importance of making their slaughter and captive trade a key factor in the negotiations ahead. Corporations have spent the past two years marking-up the language of the TPP to serve their interests, should human compassion not be afforded the same privilege as business interests? Although we understand that the negotiations have been quite lengthy, at this point, we feel the only way to end these heinous crimes against dolphins migrating through Japan’s waters is to inject our position into the current conversation regarding the trade agreement.

The world is looking to you, Ambassador Kennedy, and to our government to send a clear message to Japan that this atrocity must be banned NOW.