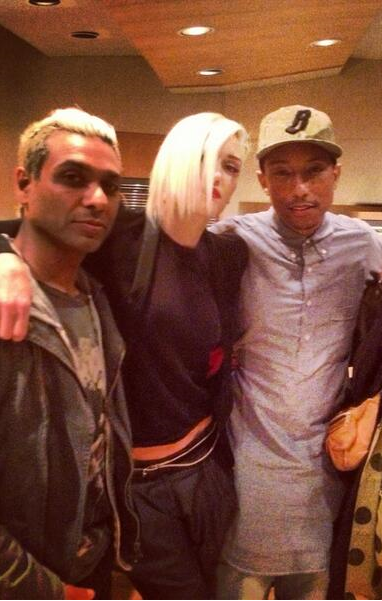 This is exciting: In a new interview with radio station Hot 97,Pharrell mentions working with No Doubt on the band’s new album! Pharrell,of course,co-wrote ”Hella Good” with No Doubt and his Neptunes partner Chad Hugo,as well as working with Gwen on her solo albums. Pharrell also mentions working on Miley Cyrus’s new album in the interview,which would explain the photo of them in the same studio recently (it’s still unconfirmed,though,whether or not Sia is working with the band.) Watch at 8:14 below-we look forward to hearing more about this collaboration!

UPDATE: Tom tweeted us that the Pharrell tracks are ”epic”!! We can’t wait to hear them!

UPDATE 2: Tom elaborated a little more on the ”greatness” happening in the studio,saying this about the new songs: ”they are all different- some epic, some beautiful, some fun, some ska some rock some reggae some wicked some loud”. Sounds AMAZING!!!!

@aloverofbooks13 @eitnd they are all different- some epic, some beautiful, some fun, some ska some rock some reggae some wicked some loud…