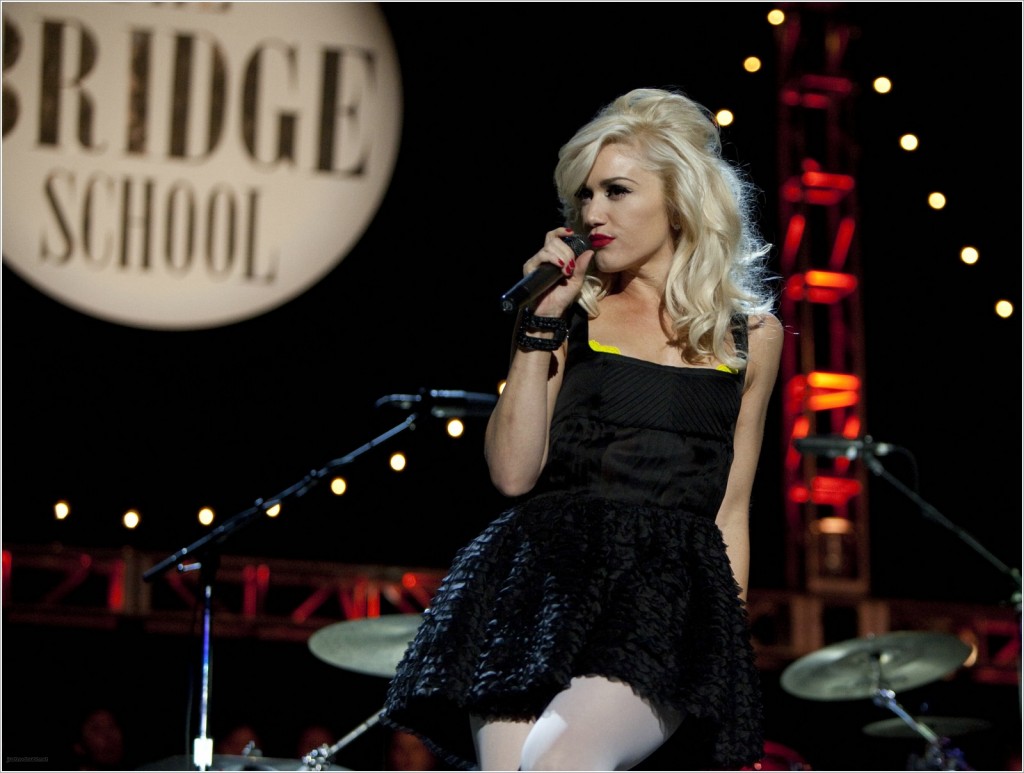 Just to mention it, audio of No Doubt’s amazing acoustic performance of ”Magic’s In the Makeup” from the 2009 Bridge School Concert is included in the upcoming boxset celebrating the benefit show’s 25th anniversary. ”The Bridge School Concerts 25th Anniversary Edition” features three DVDs and two CDs of performances and backstage footage from throughout the concert’s history and will be released on October 24th;”Magic’s In the Makeup” is featured on CD 1. All of the proceeds from the sale of the boxset will be donated to The Bridge School,which helps children with severe physical handicaps. The boxset can be pre-ordered HERE. The Bridge School is such a wonderful cause,and No Doubt’s performance truly was unforgettable.

Few yearly music festivals manage to assemble as consistently a jaw-dropping and unique line-up as the Bridge School Benefit. At the 1999 show alone they booked Neil Young, Pearl Jam, the Who, Green Day, Tom Waits, Brian Wilson, Lucinda Williams, the Smashing Pumpkins, Sheryl Crow and Emmylou Harris. The show – organized by Young and his wife Pegi – raises money for the Bridge School, which educates children with severe physical physical handicaps and complex communication needs. To keep costs down and make the event more special, all artists are required to perform acoustic sets. That’s no big deal for an artist like Dave Matthews or Paul McCartney, but it has led to some once-in-a-lifetime sets sets by Metallica, Trent Reznor and Thom Yorke.
The sets have been widely bootlegged for years, but to celebrate the 25th anniversary of the festival a three-DVD, two-CD set drawn from the festival’s complete history is coming out on October 24th. That’s just days after this year’s festival, which features Arcade Fire, Eddie Vedder, Beck, Dave Matthews, Carlos Santana, Foo Fighters, Mumford & Sons, Tony Bennett, Diana Krall, Jenny Lewis and, as always, Neil Young.

Gwen can be seen briefly at 3:00 in this promo video for the boxset:

For anyone who may not have seen it,here is the video of the performance: