We’ll be posting updates here throughout the evening from No Doubt’s outdoor mini concert at the Jimmy Kimmel Live taping! If you are there and would like yo share your stories,photos and videos,we’d love to see them! Remember,the show airs tonight at 11:35 PM EST on ABC. Wishing No Doubt all the best-can’t wait to see them!!!

UPDATE: The full performance of ”Push And Shove”’ and most of ”Hella Good” aired on TV!!!

Good luck to the fans entering @JimmyKimmelLive’s giveaway of this cool poster commemorating No Doubt’s appearance!

Fans of @nodoubt we have 20 to give away! Help spread the word about our first show at 11:35|10:35c tonight twitter.com/JimmyKimmelLiv… 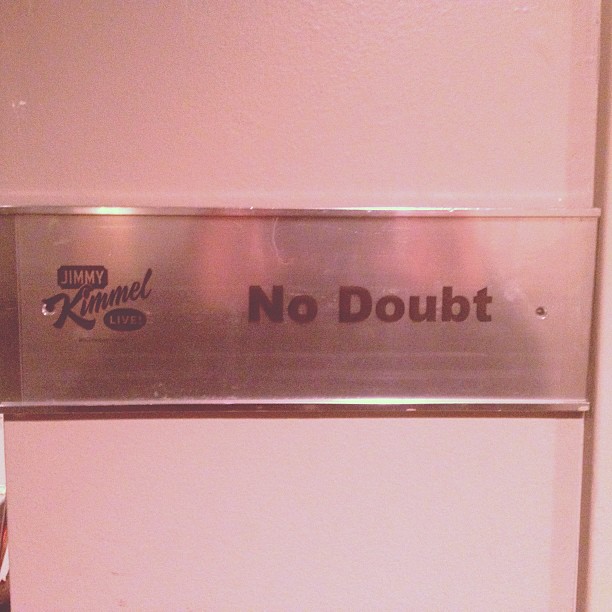 Thanks to Matt for his updates-and congrats to him on getting his Doghouse vinyl signed!!

I see @adrianyoungnd‘s drum set and all the @nodoubt gear. Such an awesome kit. Love the rasta.

Is it even worth sharing this pic? Here’s @adrianyoungnd…sort of twitter.com/mattypooper/st…

Congrats to the lucky fans meeting No Doubt outside the show! 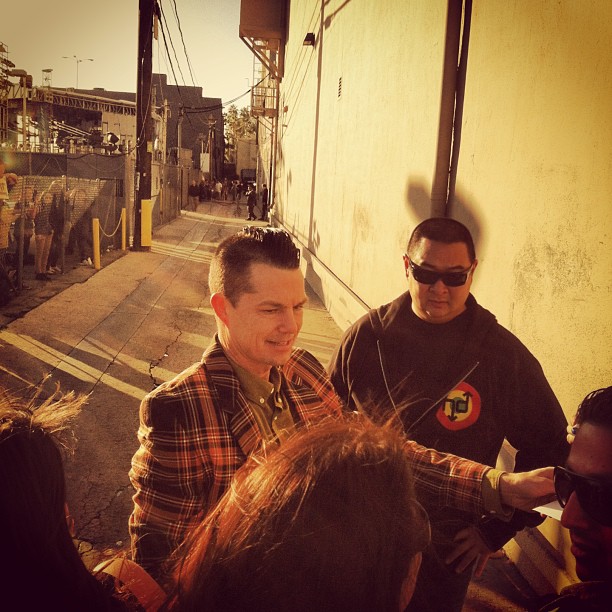 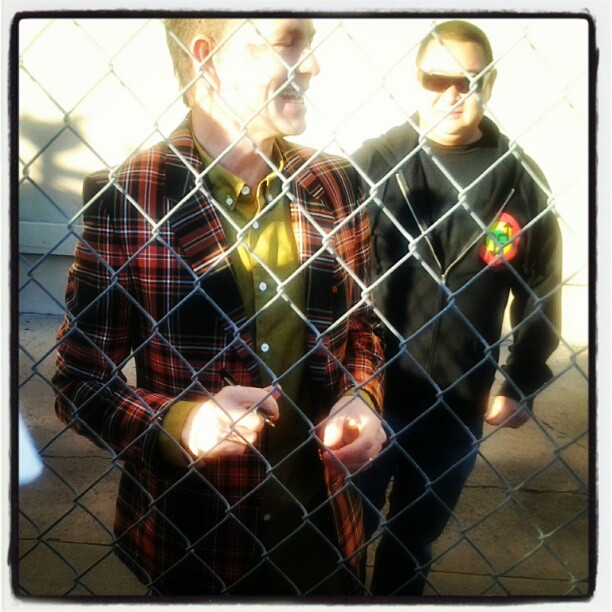 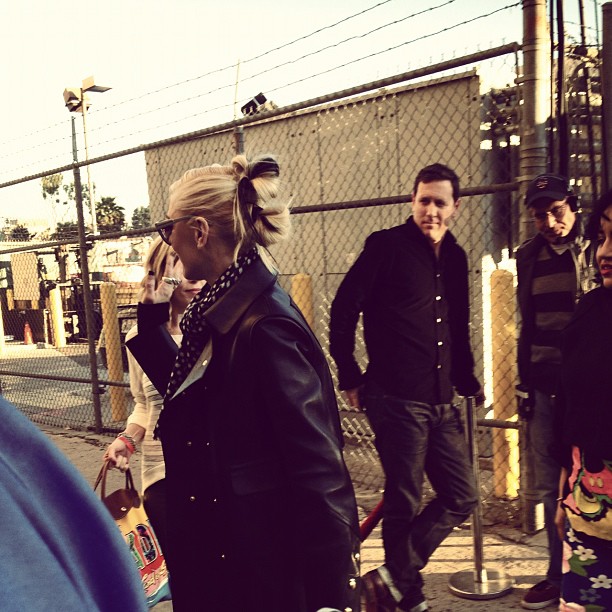 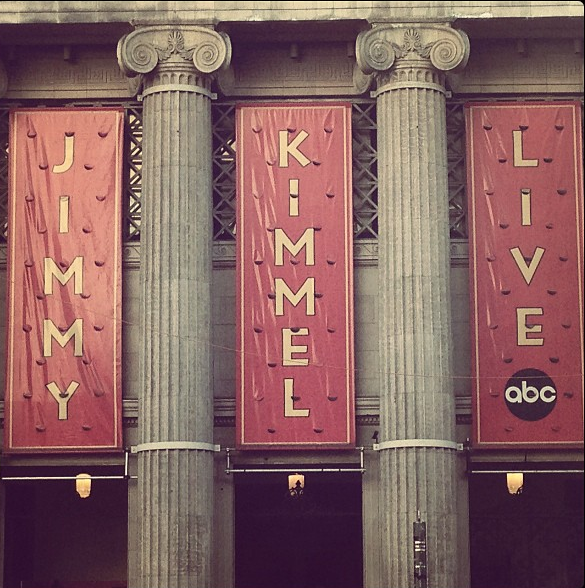 Thanks to Taylor for the info,ND is soundchecking ”Push And Shove”!

Thanks to Sandra for the info,No Doubt is also playing the Imperial March,Hella Good and Guns of Navarone at soundcheck!

Congrats to Lacey on the pit view!

Adrian just gave a fan his drumstick from sound check! 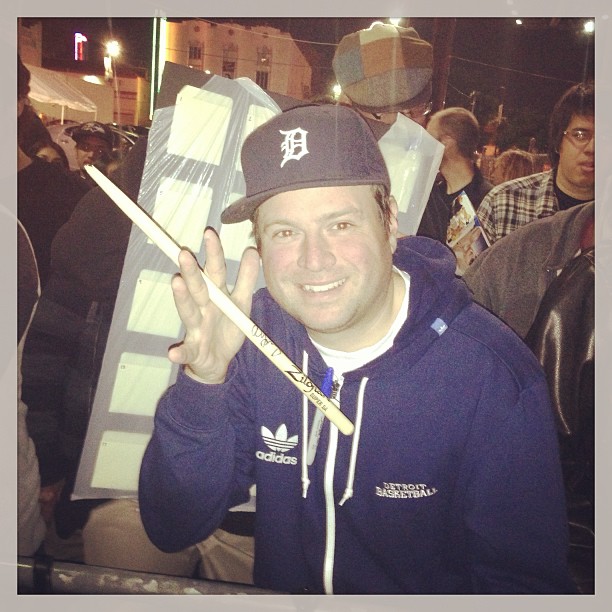 Thanks to Paul for sharing his awesome view of the @JimmyKimmelLive stage!

No Doubt taking the stage-first song is ”Push And Shove”!!
Thanks Sandra,ND is performing ”Hella Good” now at the taping!
Now ND is performing ”Spiderwebs”!
Next is ”Underneath It All”!
Now it’s ”Ex-Girlfriend”!
Now the album version of ”Sparkle”!!
Thanks Sandra for the info,Gwen is signing a record for a fan at the taping!
Now ND is performing ”It’s My Life”
ND told the crowd that they will be touring this summer!
Now ”Sunday Morning” Gwen went into the crowd!
The mini concert is is over! Adrian threw his drumstick and Steve threw a towel into the crowd 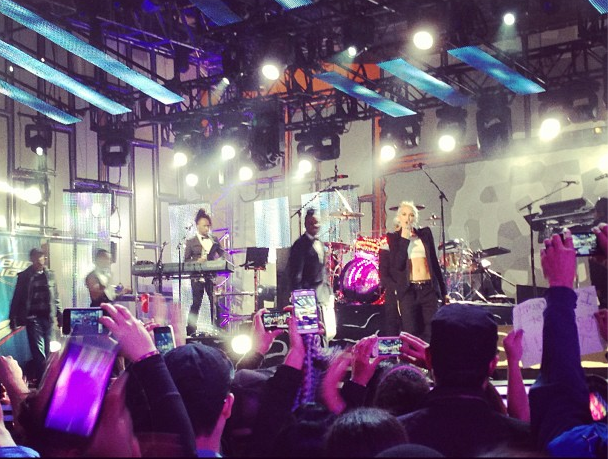 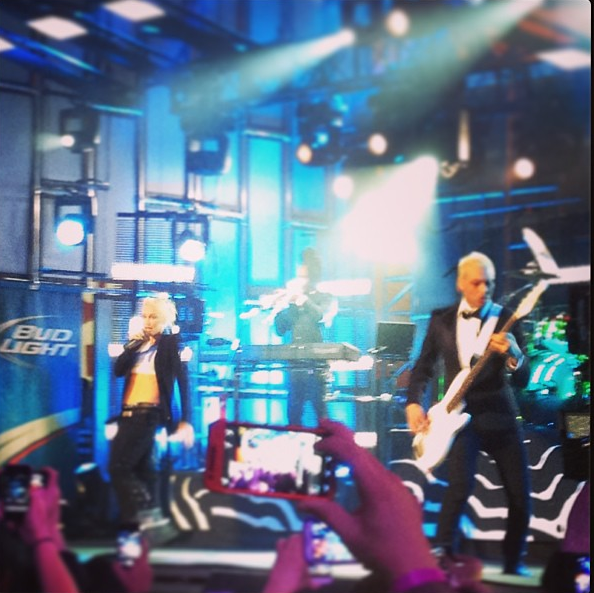 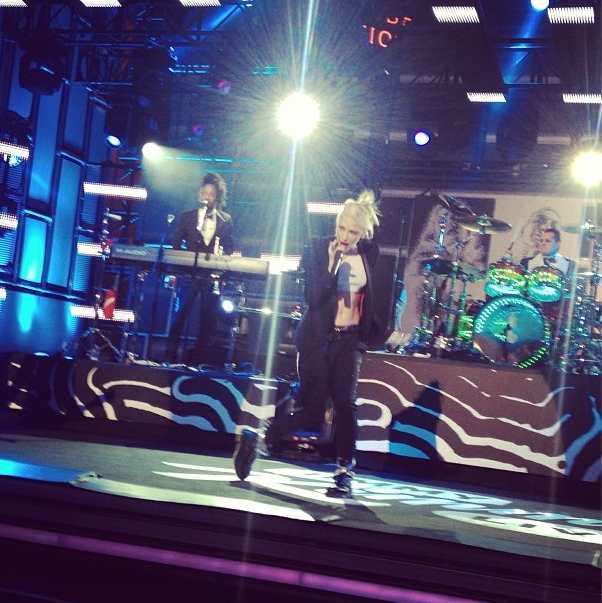 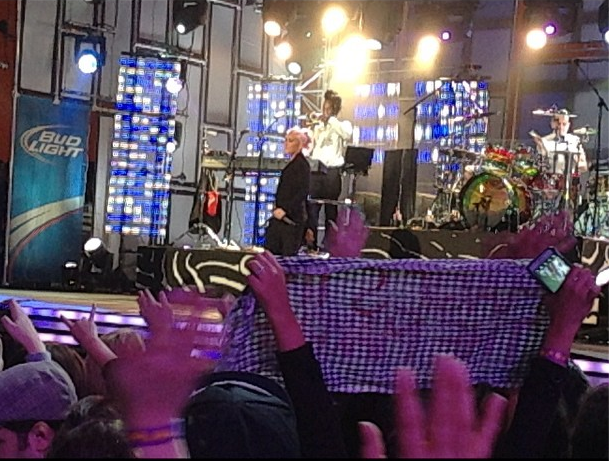 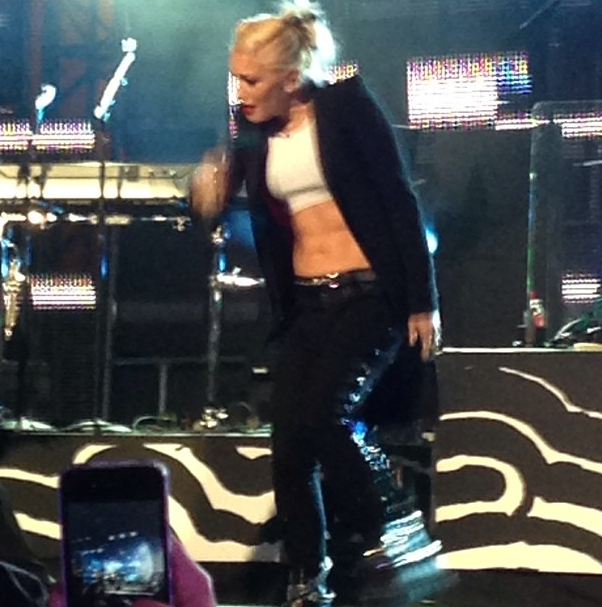 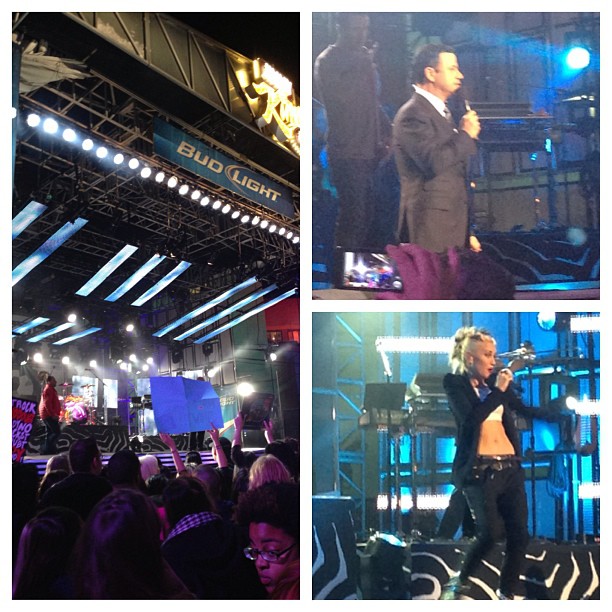 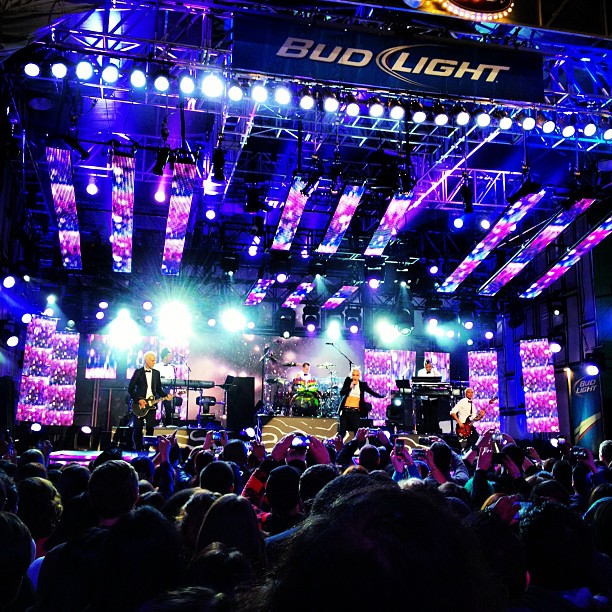 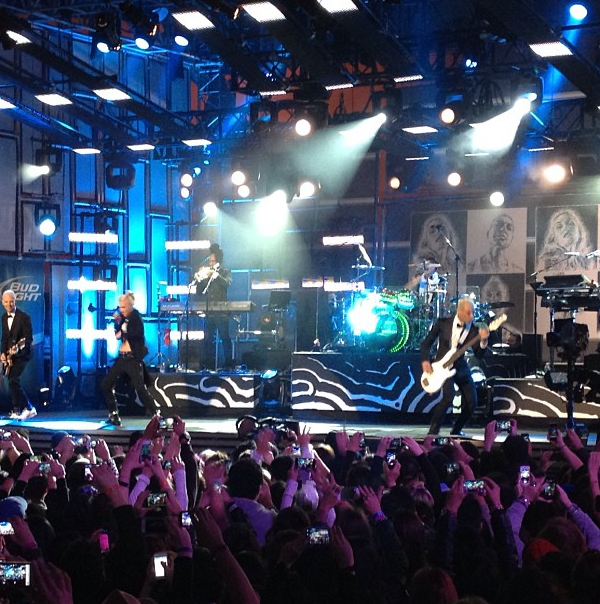 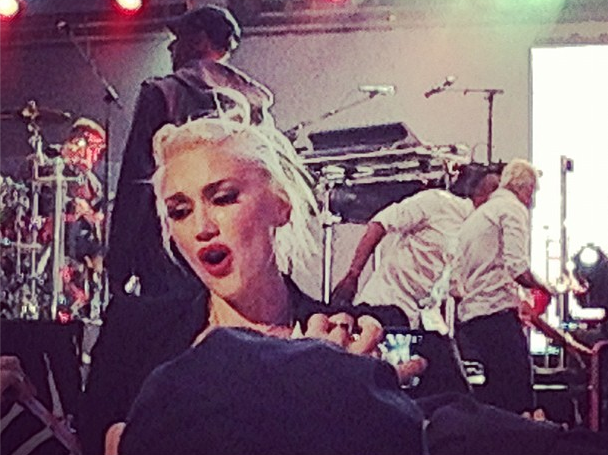 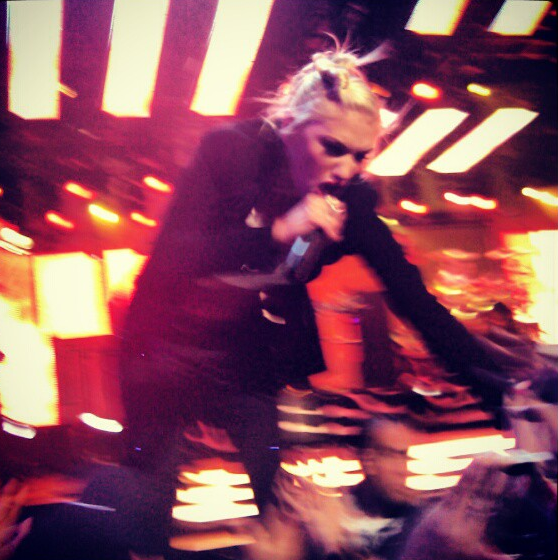 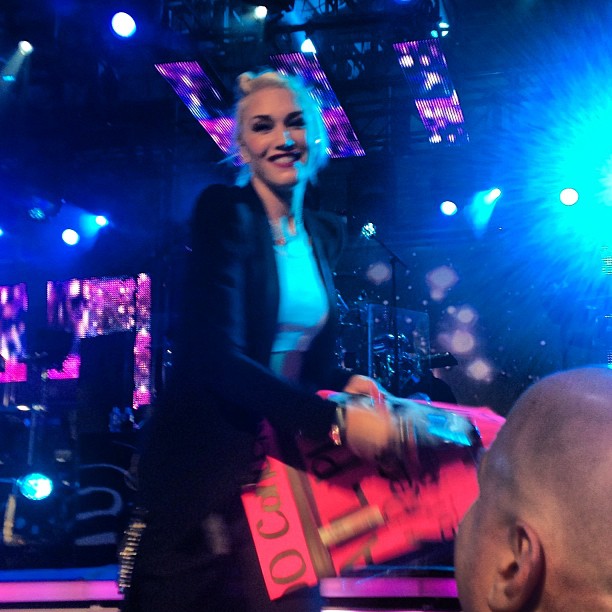 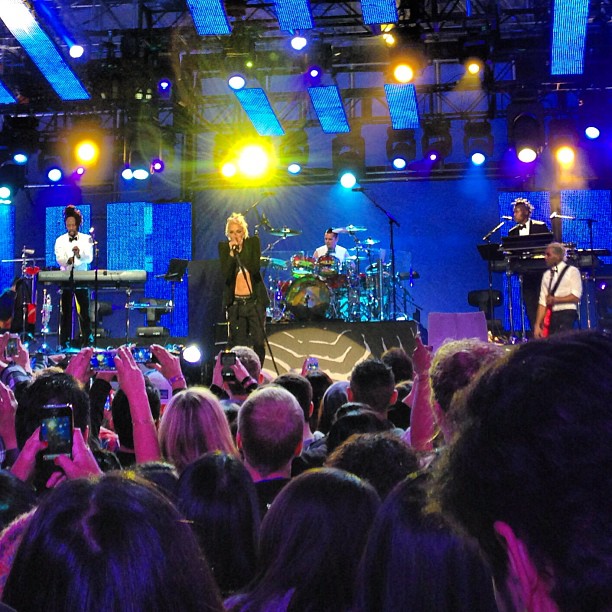 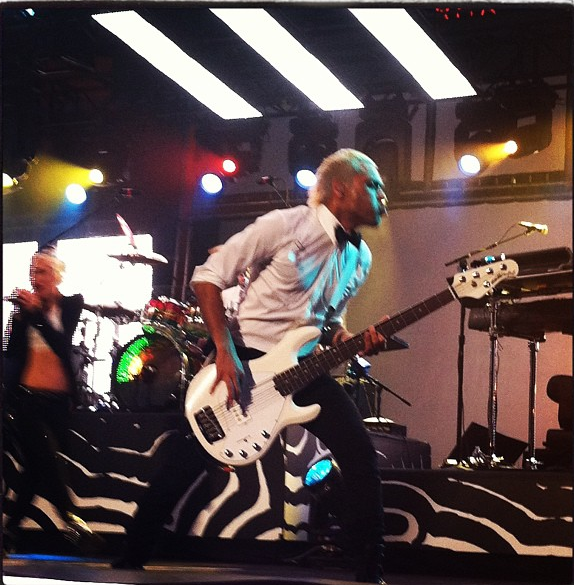 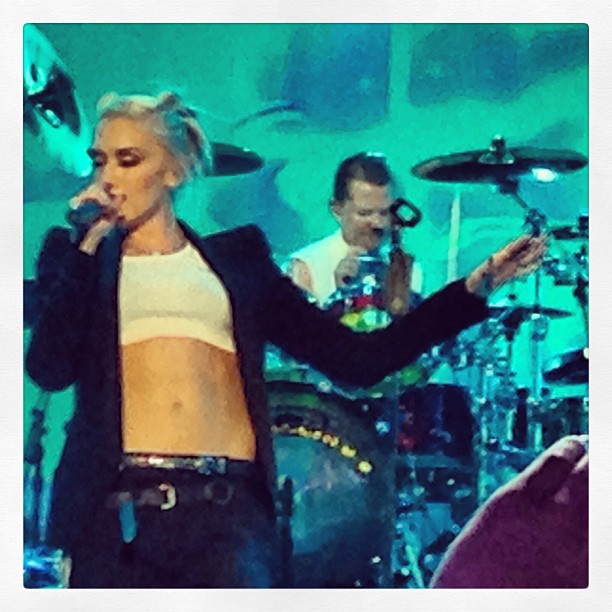 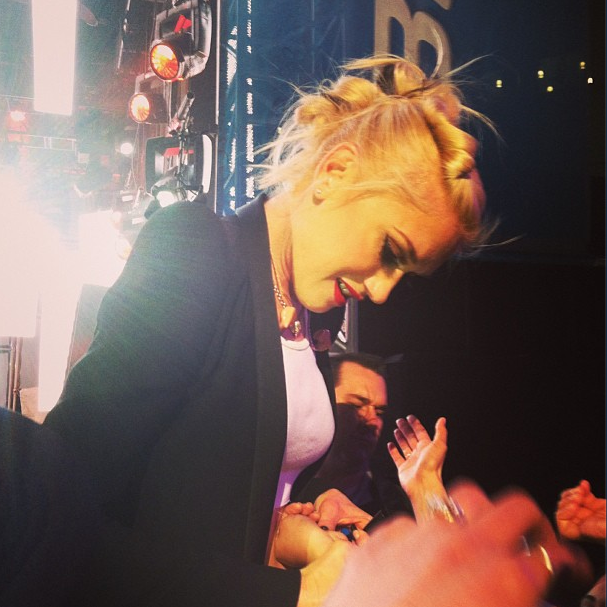 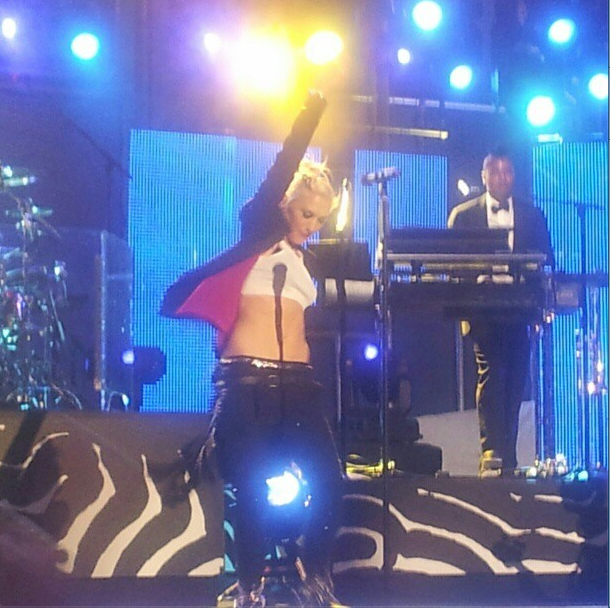 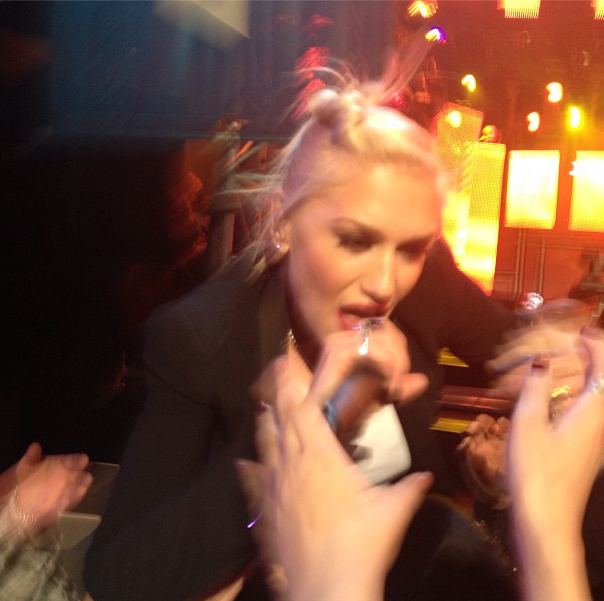 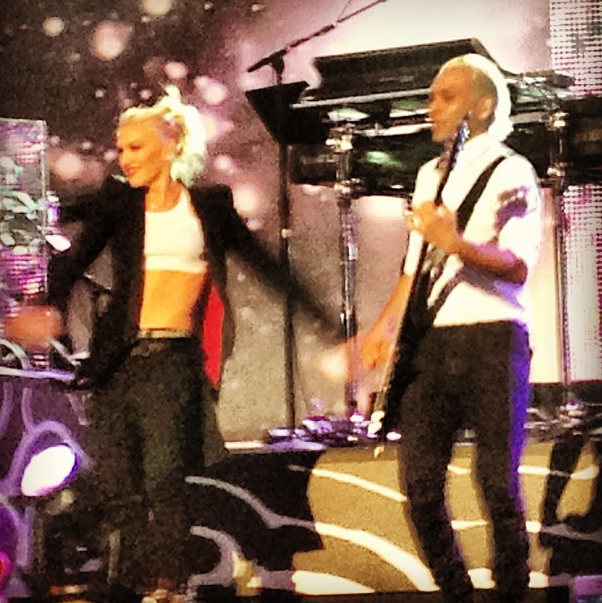 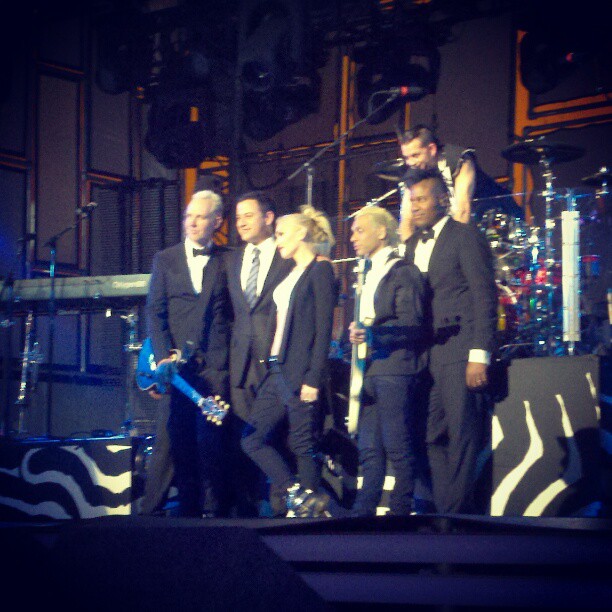 Congrats to lucky Anne on meeting Tom,Tony and Adrian!

And congrats to these two girls on meeting Gwen!!! 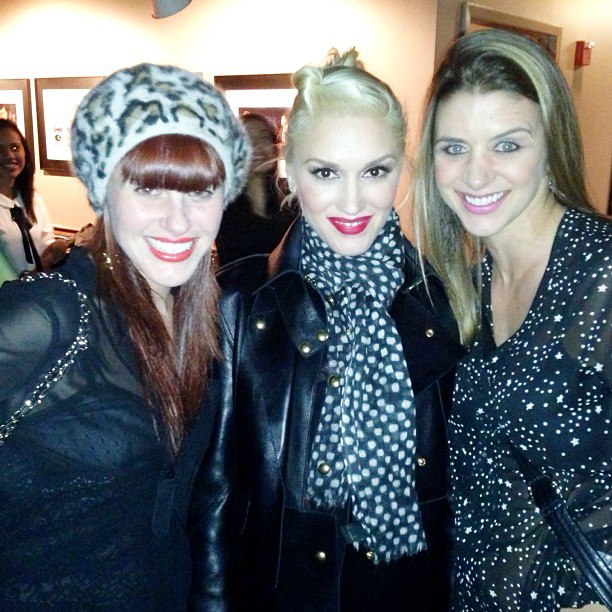 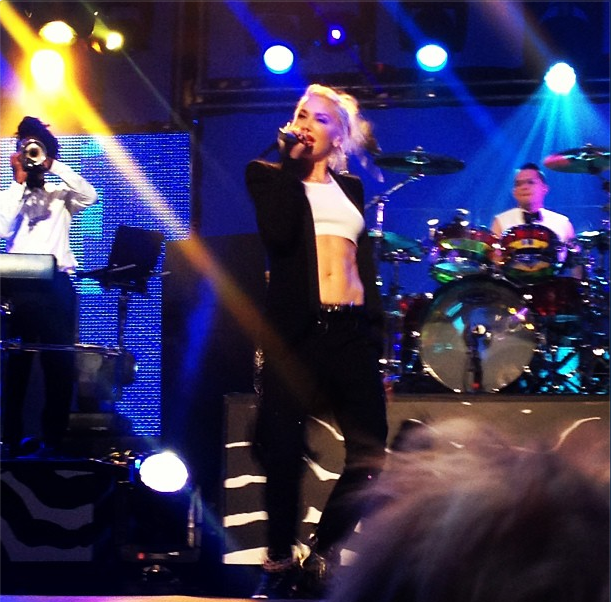 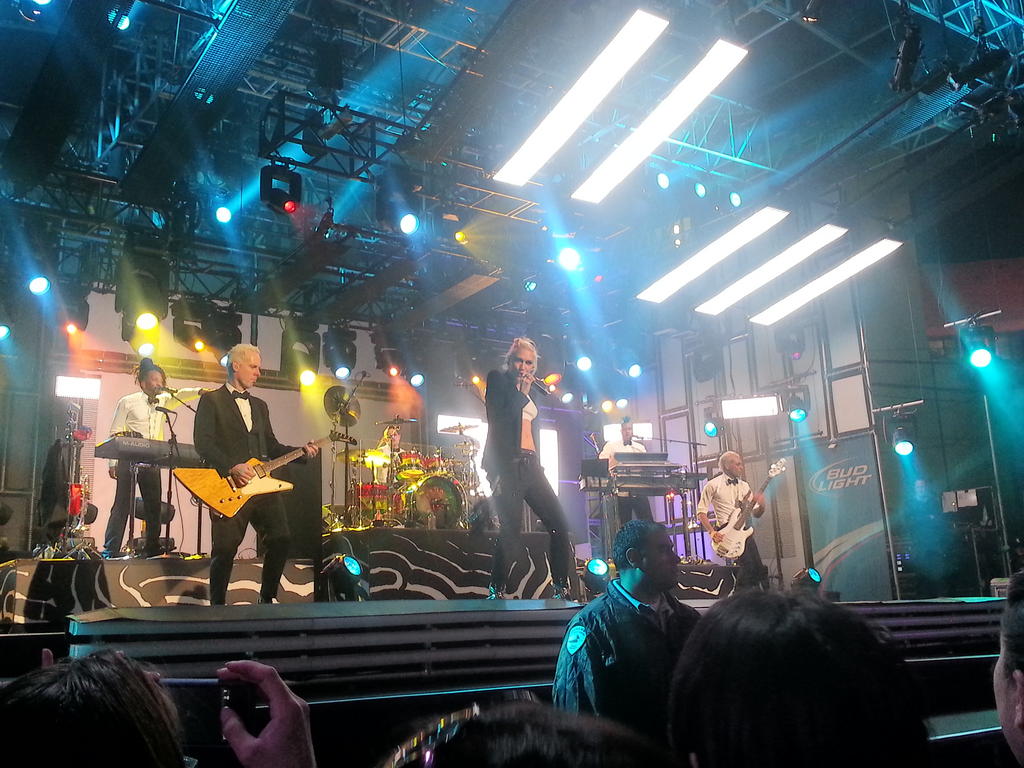