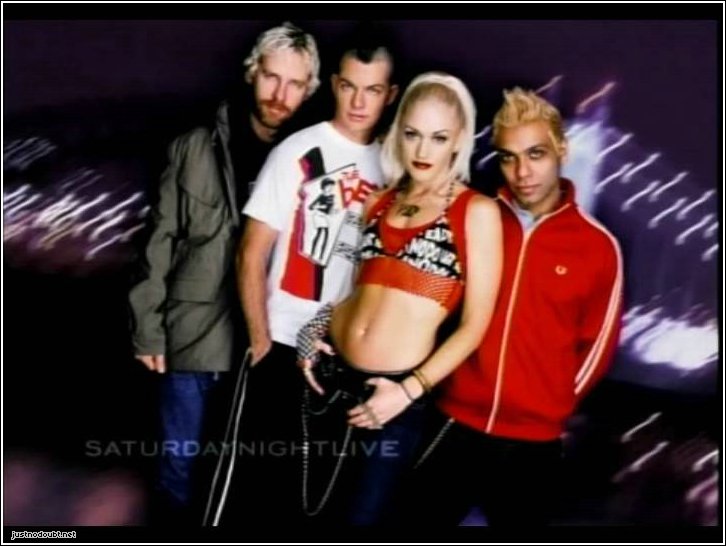 A few No Doubters have asked us to spread the word about a fan campaign to get No Doubt booked as musical guests on the new season of Saturday Night Live-as most fans know,the band was a musical guest on the show back in 1996 and 2001,and Gwen was a musical guest during her solo period in 2005 and 2006. After doing some research,we found that Saturday Night Live recently invited fans to submit their suggestions for both show hosts and musical guests on their Facebook and Twitter pages: Once a month the show chooses a day and opens the floor to fans’ suggestions-if you’re on Facebook,you can simply leave a comment on SNL’s “Suggestion” post and if you’re on Twitter, tweet the show your suggestion on the designated day with the hash tag #SNLHost or #SNLMusic. The show asks that fans only submit their suggestions on the designated days to make the suggestions much easier to track,so you may want to ‘Like’ Saturday Night Live on Facebook and follow the show on Twitter. In the meantime,we can spread the word to other No Doubters;@anaheimboynxd suggested using the hashtag #NoDoubtOnSNL to help spread the word on Twitter. Hopefully,the show will take notice and No Doubt will be rocking out on SNL once again!

Hey everybody! We’ve been noticing a lot of our followers on Facebook and Twitter have been suggesting performers they think would make great hosts and musical guests for our show. And some of the suggestions have been so amazing that we here in the web world want to keep better track of what you’re saying so that we can pass it along to our producers. So once a month we’ll chose a day and open the floor to your suggestions on Facebook and Twitter. If you’re on Facebook, you can simply leave a comment on our “Suggestion” post and if you’re on Twitter, tweet us your suggestion on the designated day with the hash tag #SNLHost or #SNLMusic. And please, stick to the designated days. It will make your suggestions so much easier to track and keep our feeds open on “non-suggestion” days to other interactions with all you wonderful people. Thanks! Can’t wait to hear from you all!

1 thought on “Let’s Try and Get No Doubt on Saturday Night Live Again!”