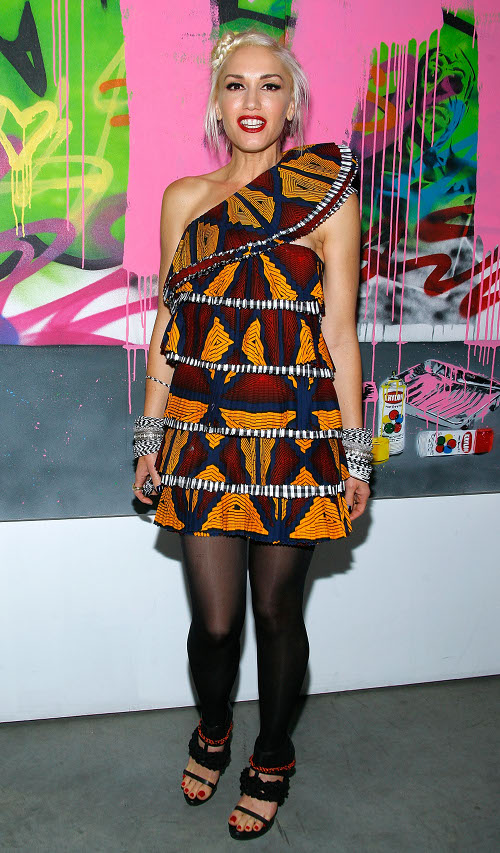 A few weeks ago,we mentioned how fans could vote for Gwen in PopSugar’s 2011 PopSugar 100 list,and now the results are in-Gwen came in at #14 on the 100 List,as well as #10 on the Celeb Style Favorites List,#57 on the All-Time Favorite Stars list,#18 on the Dream Girl Friends List,#7 on the Favorite Celeb Moms List,and finally #13 on the Favorite Recording Artists List.Much congrats to Gwen on being included in so many PopSugar categories-we think she should have been #1 in all of them,though,of course! 😀

14. Gwen Stefani
Gwen Stefani’s career was firing on all cylinders this year. She got back in the studio with No Doubt to record their first album in almost a decade, and the group is expected to tour later this year. Gwen continued to expand her L.A.M.B. brand, with shows at both NY Fashion Weeks, where she was joined on the runway by her son Kingston. The superstar was also named the face of L’Oreal Paris and has since starred in huge TV and print ad campaigns. In the Spring, she used her Harajuku Lovers line to help raise money for the victims of the earthquake in Japan. Even with so much on her plate, Gwen and Gavin are hands-on parents to their adorable boys Kingston and Zuma, who have clearly inherited their eclectic fashion sense from mom.