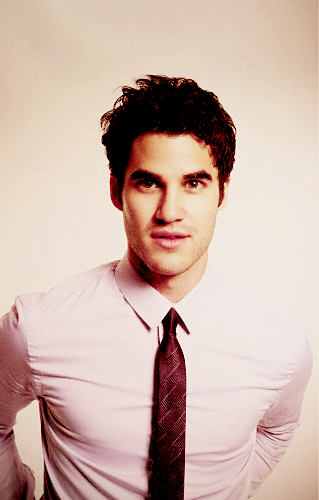 Last month we mentioned that footage was shot of ”Don’t Speak” being covered in an upcoming episode of Glee,and now Darren Criss,one of the Glee stars who performed the song,has spoken to Billboard about it. He said that he pitched the song to the show’s executive producer,calling it ”one of the greatest break-up pop songs of the last 100 years” and ”one of my favorite songs ever written”. It’s not known yet when the Glee episode featuring the ”Don’t Speak” cover will air,but the new season of Glee starts September 13 on FOX.

Have you been successfully pitching any songs for Glee you want to sing?

I absolutely got one that I completely pitched and I’m so happy about it.

It’s an old song, it’s a spoiler but I know all the fans know about it already. I texted Ryan Murphy a while back just saying, ‘hey, if you ever have any of the characters break up don’t miss out on the opportunity to use one of the greatest break-up pop songs of the last 100 years. You have to use “Don’t Speak.” It can work as a duet, it can work as a four-part harmony. It’s a gold mine, you have to use that.’ And I would rarely do stuff like that, but it’s one of my favorite songs ever written and I remember listening to it in the car and I pulled over and texted Ryan, “just a thought…”. Then the script showed up and there it was and I was like, “yes!” I don’t want to take credit for it, but I did suggest it.

You were performing the final Harry Potter musical with Team StarKid at Leaky Con and then less than 24 hours later you were filming “Don’t Speak” in New York for Glee. How was that weekend for you as a performer?

It was tough because I didn’t know we were shooting that that day. I had no idea and that’s a very big scene and I was very upset because I wanted to prep more for it. I had a huge day the day before. I was exhausted, really exhausted, emotionally exhausted.

How was it having fans there watching that scene live?

It was really tough, but the cool thing about fans is that they’re so happy to be there that you can rationalize with fans. It’s funny how you can’t reason with adults some times, but kids I could. They were right in my eyeline and I had to go over and explain like, “I’m so happy you’re here but have you ever been writing an essay and someone is looking over your shoulder? It’s really tough and this is work for me so would you mind moving over?” They were more than willing, and they have every right to be there because it’s a public park. But it’s our office, it’s our workspace. Although it is well intended, it does get tough sometimes and the energy is well appreciated. You can never complain about love.