FOX has posted a video of GLEE’s cover of ”Don’t Speak” that aired tonight-what do you think of the cover? 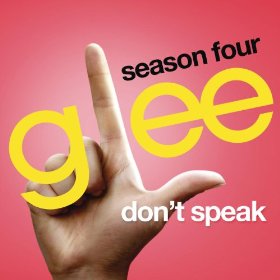 Just to remind everyone,tonight’s the night that ‘’Don’t Speak’’’ will be covered on Glee airing on FOX at 9 PM EST. The episode is titled ‘’The Break-up’’ and the song will be performed by Glee cast members Lea Michele, Cory Monteith, Chris Colfer and Darren Criss. The full studio audio

END_OF_DOCUMENT_TOKEN_TO_BE_REPLACED

Last month we mentioned that footage was shot of ”Don’t Speak” being covered in an upcoming episode of Glee,and now Darren Criss,one of the Glee stars who performed the song,has spoken to Billboard about it. He said that he pitched the song to the show’s executive producer,calling it ”one of