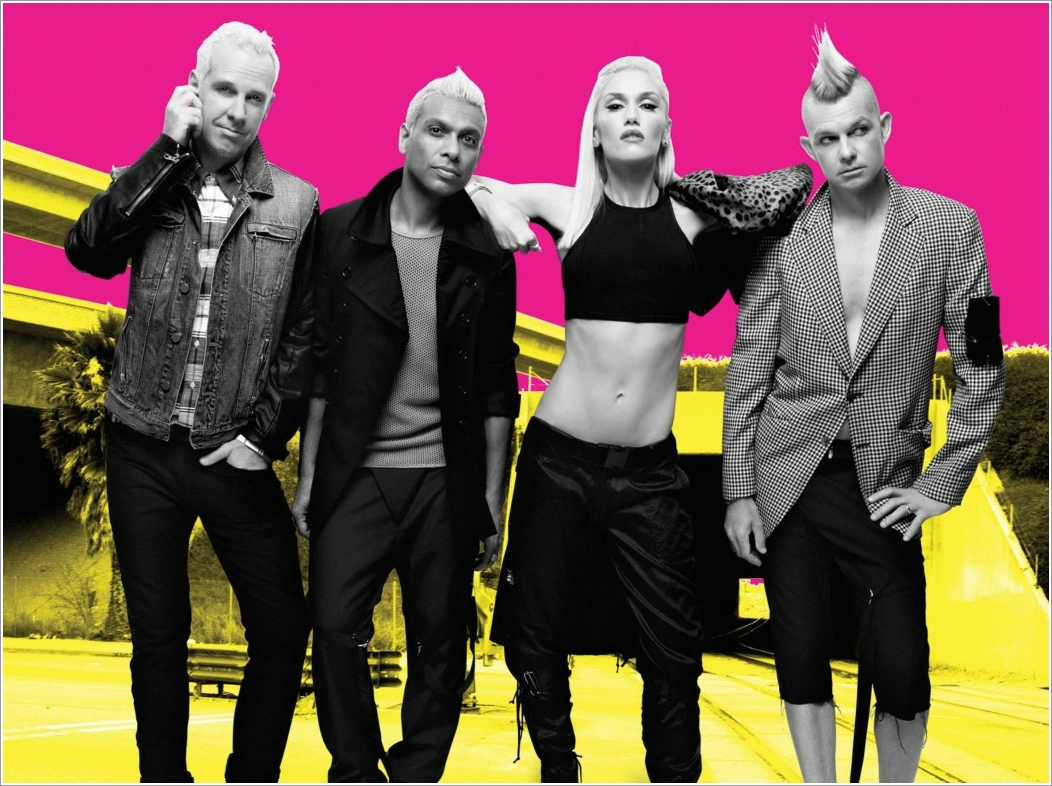 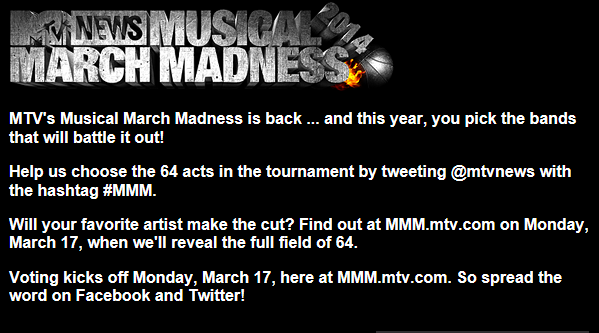 It’s that time again! MTV is holding its 5th annual Musical March Madness Tournament, and for the first time ever they are turning the tournament over to the fans and letting them determine the full field of 64 acts that will battle it out for the tournament title! As you may recall, No Doubt has been in the running in the Musical March Madness in the past, and we can help them be in it again by nominating them! Here’s how: Beginning today, you can tweet your Musical Madness Tournament pick @MTVNews using the hashtag #MMM. MTV will be counting the votes all week and then, on Monday, March 17, voting commences when MTV unveils the full bracket at MMM.mtv.com. We can also spread the word on facebook and Twitter. Let’s try our best to help No Doubt qualify for and take home the MTV Musical March Madness title!

It’s that time once again: MTV’s Musical March Madness tournament is back … and this year, we’re letting you pick the bands that will battle it out for the title!

Yes, for the first time in the five-year history of MMM, we’re getting rid of the stodgy selection committee and turning the tournament over to the fans — you’ll help determine the full field of 64 acts, because Musical March Madness truly is for the people, by the people (also, we’re lazy.)

How? Beginning today, you can tweet your picks @MTVNews using the hashtag #MMM … seriously, it’s that easy. We’ll be watching all week, and then, on Monday, March 17, voting commences when we unveil the full bracket at MMM.mtv.com.

Can Ed Sheeran repeat as MMM champion? Will perennial powerhouses like Paramore or Thirty Seconds To Mars finally fight their way to the top? Or does 2014 belong toTokio Hotel? Who knows … they’ve all got to qualify for the tournament first!

In short, MMM 2014 is sure to be a wild affair — it’s anyone’s to win, so if you want your favorite artist to have a shot at the title, all you’ve got to do is nominate them. Oh, and it probably wouldn’t hurt to rally the troops either; make sure to spread the word on Facebook and Twitter, and check back in on Monday, March 17, when this year’s tournament officially tips off.

You’ve spent the past year training, and now, it’s game time. Nominate your favorites for #MMM right now, then get ready to rock. Believe us, in 2014, things are gonna get crazy.