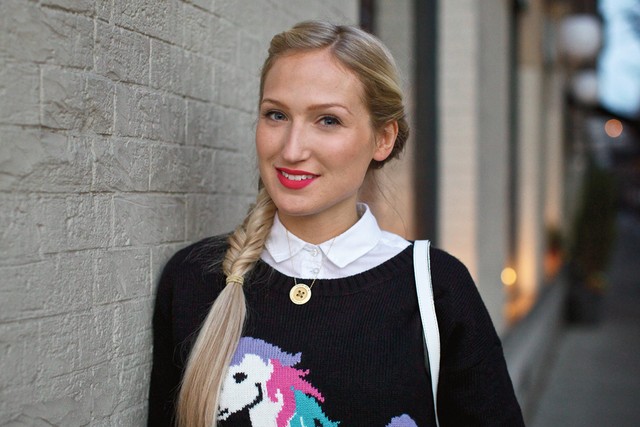 In a new interview with Women’s Wear Daily, London-based shoe designer Sophia Webster cites Gwen as a major influence on her own style, saying that Gwen has ”timeless style” and is the ”queen” of girly-tomboy fashion. She even shares that while growing up she was obsessed with Gwen and that when she attended a No Doubt show as a teen she was so overwhelmed that she actually fainted and unfortunately missed seeing the show because she was taken away by an ambulance.

You’ve said Gwen Stefani has been a major style influence. What is it about her look that resonates with you?
SW: She has timeless style and we are similar in that it’s kind of girly-tomboy. She does that really well. She’s the queen of it. When I was growing up, I was obsessed with her. When I was about 14, I went to a No Doubt concert at Brixton Academy and I fainted. I woke up in an ambulance and I’d missed the whole thing. It was a bit overwhelming.

We think this is the concert that Webster went to-it’s too bad she missed it!