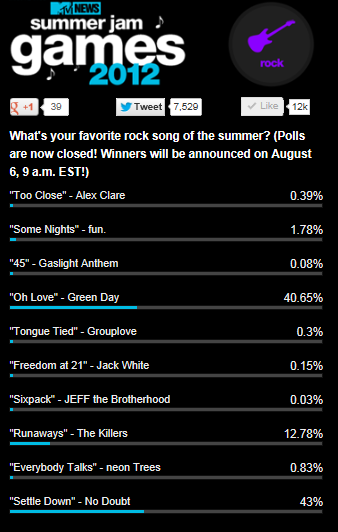 YAY,voting has closed in MTV’s Summer Jam Games,and No Doubt’s ‘’Settle Down’’ won for Favorite Rock Song with 43% of the vote!!! Much congratulations to the band,and many thanks to everyone who voted and spread the word! Since the contest was Olympic-themed and MTV News stated that they will be staging an ‘’elaborate medal ceremony’’ today complete with anthems for the winners in each music genre,we look forward to No Doubt taking home the gold! 😉 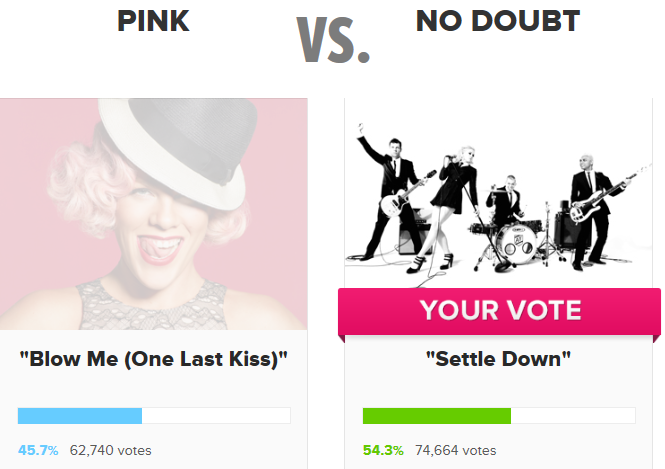 In related news,voting in the Popdust PopOff poll will also be closing tonight,and it looks like No Doubt will be victorious in this poll,as well,since ‘’Settle Down’’’ currently has over 54% of the vote against Pink’s new song. We wish No Doubt early congratulations in this poll,too,and thank all the fans who helped them win!! Of course,the band promised everyone a special treat today if they advanced to the next PopOff round-we can’t wait to find out what it is! (It may just be the fifth webisode,which will feature a preview of another song!)