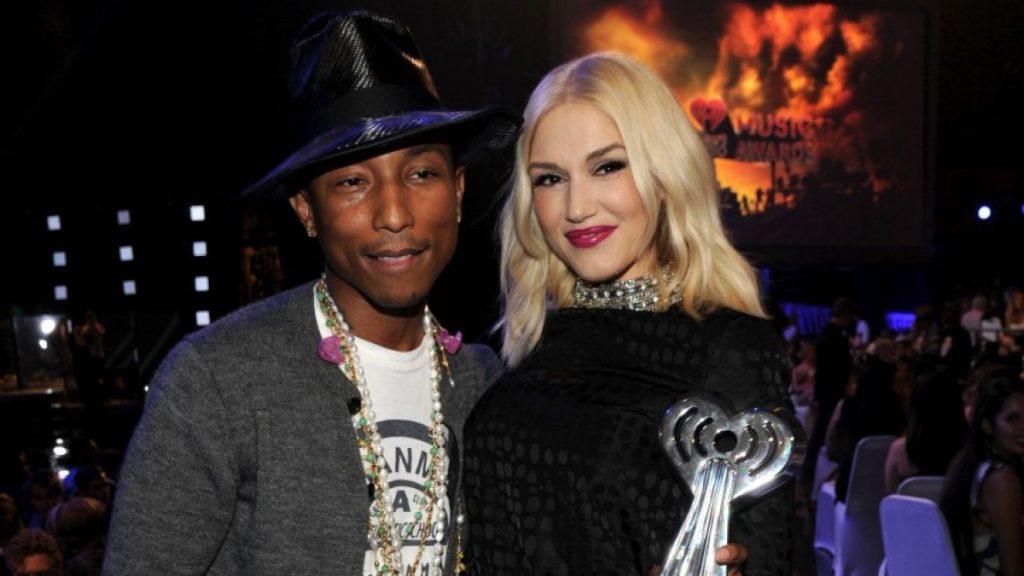 MTV talked to Gwen and Pharrell at the New York Fashion week and Gwen says that now she’s totally focused on making music, after spending a lot of time concentrating on the new L.A.M.B collection! She says she wants to do a No Doubt and a solo album! On the same video Pharrell talks about how amazing Gwen is and that she’s sounding incredible! We can’t wait to see what’s coming next! So exciting!

You’re going to want to sit down for this because it’s official: Gwen Stefani is “all about doing music.”

That’s right, the pop star is back and after focusing this past year on her L.A.M.B. 2015 Spring Collection, she tells MTV News she’s “thinking about music a lot.”

But she’s not just thinking, she’s doing. Gwen is back in the studio and, get this, she’s working on both a No Doubt album and a solo album, which will be her first since she released Sweet Escape eight years ago.

“At this point I’m thinking about both, I can do both,” Gwen told MTV News during New York Fashion Week. “And it’s just an amazing time; so many opportunities. I’m going into the studio tonight with Pharrell [Williams], I’m going to be writing and also just seeing what comes along my way. I’ve been recording a few things. …”

According to her fellow “Voice” mentor Pharrell, who teamed up with Gwen on her 2005 hit “Hollaback Girl,” those “few things,” she’s been recording are on “another level.”

And you probably should trust Pharrell , since the guy knows a thing or two about what’s about to turn the pop culture music scope upside down.

“The last time I said this about Miley [Cyrus], everyone was like, ‘What? That’s Hannah Montana,’ and I’m like, ‘What? I’m trying to tell you.’ I mean, only because I’ve heard it not because I have those ears or I know — I don’t know anything,” he said. “All I know is what I feel and what I’m convicted by and I can tell you that Gwen is on something else right now.”

The two will battle it out as mentors when “The Voice” premieres later this month. And Gwen will take the stage with No Doubt, who released their sixth album, Push and Shove, back in 2012, for the Global Citizen Festival on September 27 in New York City’s Central Park along with Jay Z and fun.