Thanks to Meesh Photography for sharing photos of Adrian performing with Dilana and her band at the Hard Rock Cafe in Hollywood on March 10. 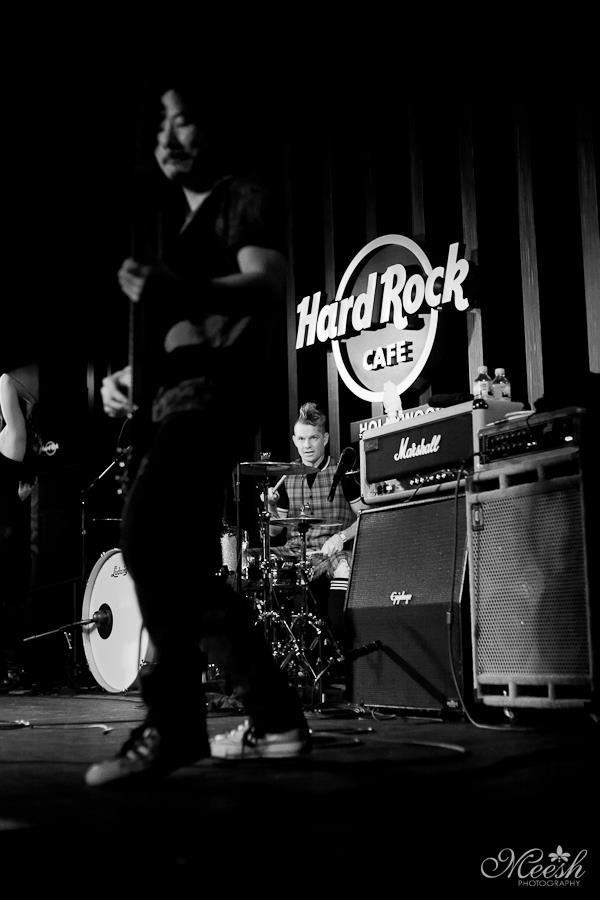 We had the honor of photographing and filming Dilana ft. Thai Long Ly (bass) and a special appearance by No Doubt’s Adrian Young (drums) at the Hard Rock Cafe in Hollywood. South African born Dilana, has performed with Legends such as Tommy Lee, Dave Navarro and she opened for Aerosmith. This concert headlined the Music Cares Charity Event. Thai Long Ly, who you may have recognized from the Thomas Nicholas Band images, is an amazing bass player.

UPDATE: Thanks to tweedykat for uploading a video of Adrian drumming with Dilana and her band on ”Holiday”-as fans may recall,Adrian played on Dilana’s 2009 album and makes an appearance in the official music video for the song.