Thanks to our good friend Heather at GreenerPastures.us for sharing her scans,No Doubt is featured in the August 17-24 issue of Entertainment Weekly in an article titled ”Attack of the 90s Music Stars”,which is about the recent resurgence of popular bands from the 90s. The magazine lists ”Bathwater” as being one of the ”8 Great Post 90′s Songs From 90′s Stars”. While we slightly disagree with No Doubt being labeled a 90s band,it’s still cool to see the band mentioned in such an article. 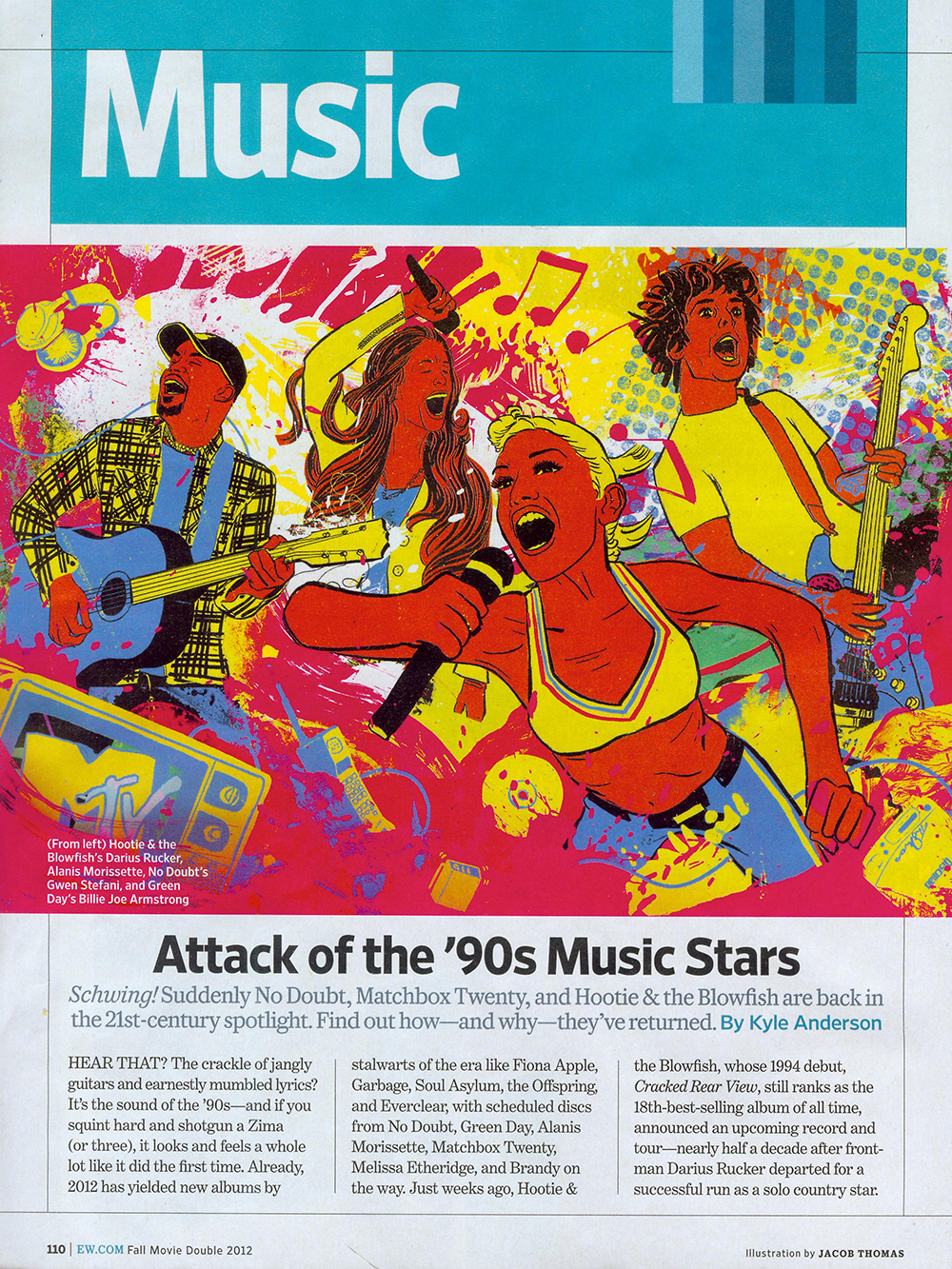 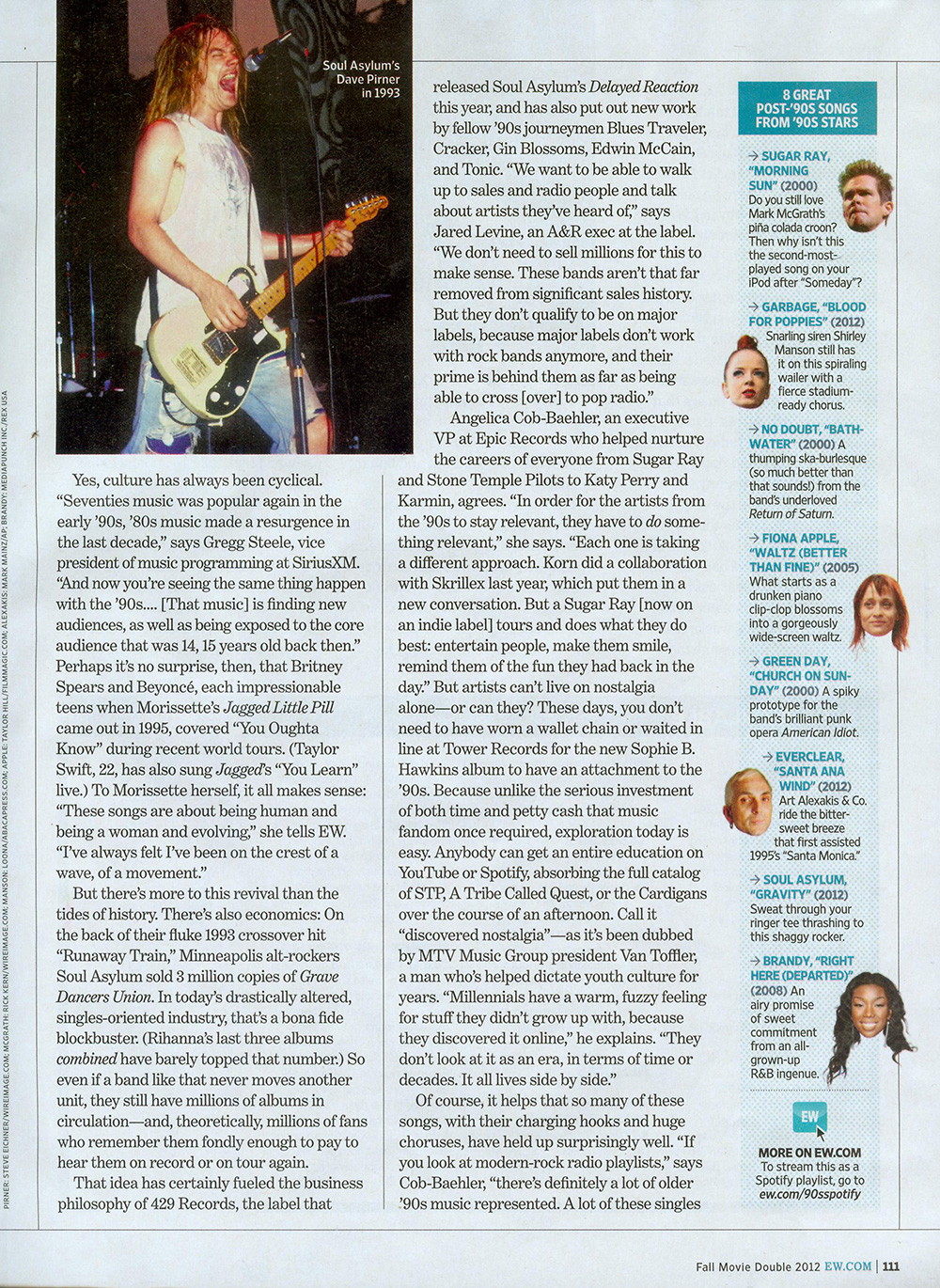