NoDoubt.com has posted about No Doubt’s article in the latest issue of Rolling Stone,including a scan of the article.We of course had posted scans and a transcription of the article HERE.

No Doubt is featured in Rolling Stones’ July 7, 2011 issue which is on stands now. Rolling Stone met with No Doubt in a secluded Santa Monica studio earlier this month for a sneak peek of two new songs from the band’s upcoming album, One More Summer and Settle Down. The band talks about what it’s like to record and tour together again as well as their excitement for the new album. The full interview is below. 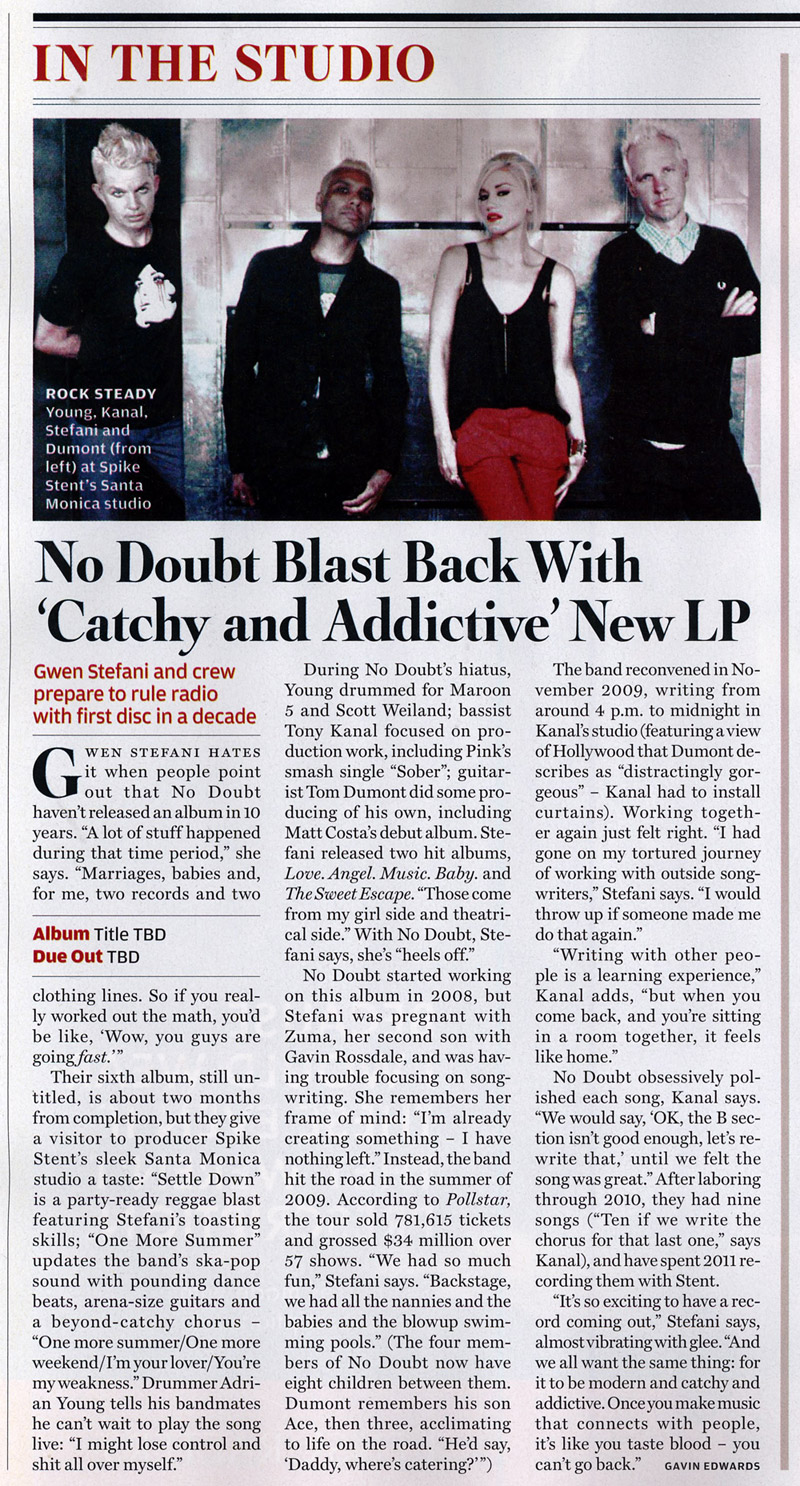 *UPDATE* Many thanks to Heather from GreenerPastures.us for posting a much bigger scan of the photo HERE.