UPDATE: Here’s a video from The Morning Show, where they talk about the photo shoot! She’s just amazing!

Gorgeous! Gwen graces the cover of the Canadian Fashion Magazine on its March issue and she looks simply amazing! The magazine is set to hit the newsstands on February 16! Here’s a preview of the upcoming cover story, shared on Fashion Magazine’s official website. 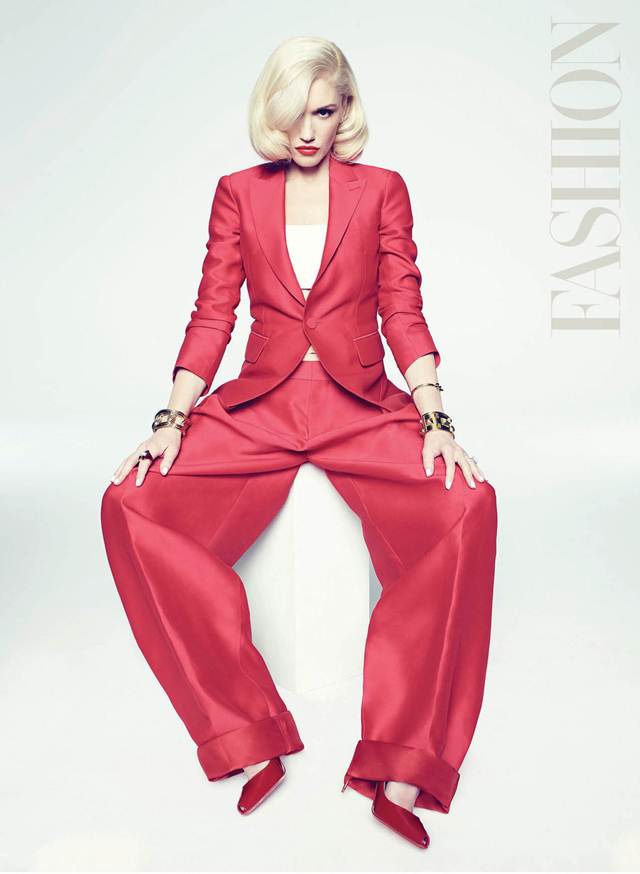 What is it that makes Gwen Stefani such an untouchable icon? Early on in her career as the fiery front woman for No Doubt, it was her slick hooks and rad looks that set her apart from the rest of the pop pack. The way she handled the stage with swagger—boosted by a wardrobe that drew from a mish mash of her Orange County roots and her ska-punk-rock aspirations—gave the California-born talent the type of cred that steered her through a solid 20-plus year career. As she went on to launch her own solo career (unleashing hits such as “What You Waiting For?” and “Hollaback Girl”) and design her own fashion label (L.A.M.B.), Stefani’s sound and vision attracted legions of fans.

Between her grueling schedule, which includes studio time for her forthcoming solo album (slated to drop within the next few months) and keeping tabs of the three son she shares with husband/rocker Gavin Rossdale, Stefani took time out for an exclusive photo shoot for FASHION’s March issue—on newsstands February 16—and spoke at length about her next chapter in life with features editor, Elio Iannacci.

Here is a peek of our upcoming cover story:

On the status of her comeback album:
I really excited about a song I just did called “Lifting You” —which is kind of cute. It’s a little bit a reggae track. I also did this track that Sia wrote for me called “Start A War.” Its about not picking a fight in a relationship. She’s a genius. I also worked with Calvin Harris, Ryan Tedder and Charlie XCX. I took so long to come back because I was trying to be really free and just put out music that isn’t so try-hard and not so thought out.

On her relationship with sexuality:
Women are interesting creatures. We have this sexual side to us that alluring and powerful. It is a gift. When you discover your sexuality when you are around 14—it feels amazing—but you learn it something that is fleeting. Sexuality is something that I’ve never played off of or felt comfortable with. I won’t be doing any topless photo shoots anytime soon. It’s not my thing. I didn’t even wear high heels until I was 30 years old.

On tragic inspirations:
My break-up with [No Doubt bassist] Tony [Kanal] inspired everything, including the first No Doubt album—Tragic Kingdom. It was the first time I knew I could write music. I wasn’t writing it because I wanted people to hear it. It was only until I got that hurt that I found out I have a power in me. It allowed me to be creative. After that, the pressure was on—non-stop. I had to create.

On having no fashion regrets:
Everything seems to have a reason for looking a certain way. If you show me an old photo, I can tell you why I’m wearing what I’m wearing. Somebody just showed me a picture of me at an MTV awards red carpet and I was wearing this blue fur bathing suit top. Right away, I was like, ‘yup, I know why I wore that’—I had just gotten off a two and a half year tour with No Doubt and felt like I needed to break free. How can anyone regret wearing something? I never do. It reflects who you are at that moment.