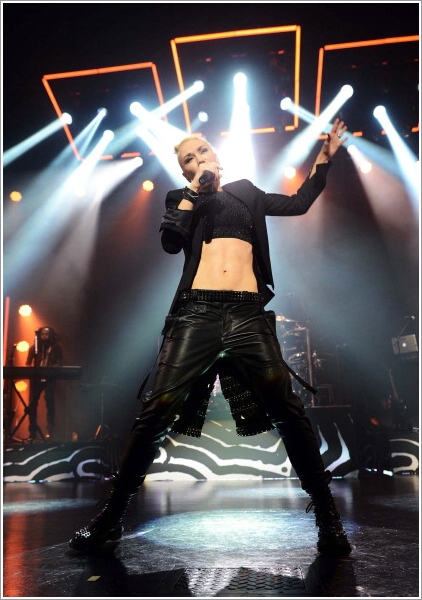 Thanks so much to Valeska and Nina for the info,No Doubt’s MTV World Stage show,performed in Offenbach,Germany back on November 9,will air on MTV Germany on December 28 at 7:15 PM! We had posted videos from the concert here.

UPDATE:No Doubt just announced that the hour-long special will air not just on MTV Germany but on MTV’s international channels between 8pm and midnight (local time). A list of all participating MTV channels is coming soon.

No Doubt’s performance at MTV World Stage last month will premiere across MTV’s international channels on Friday, December 28 between 8pm and midnight (local time). This one hour special, filmed live in Offenbach, Germany, also features one of the band’s first live performances of “Push And Shove.”