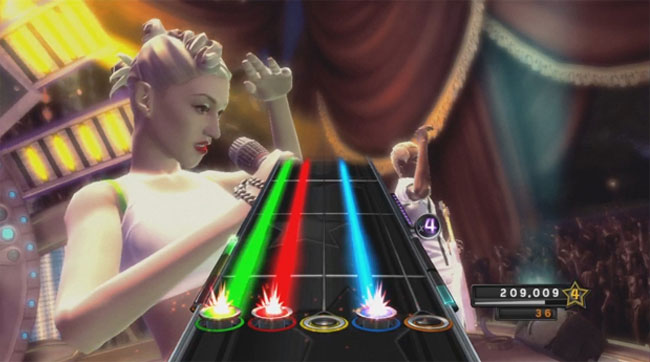 The Washington Post is reporting that No Doubt has settled its lawsuit with Activision over the band’s appearance in the Band Hero video game,a few weeks before trial was set to begin on the band’s claims of fraud, violation of publicity rights, and breach of contract. As fans may remember,back in November 2009,the band sued Activision,alleging that they did not agree to allow the video game developer to let players use their virtual likenesses to perform other songs other than the 3 No Doubt songs available on the game(one song specificially mentioned in the suit was ”Honky Tonk Woman” by The Rolling Stones.)

LOS ANGELES — No Doubt has settled its lawsuit against gaming giant Activision over the use of band members’ likenesses in the video game “Band Hero,” court records state.

The settlement was reached Monday, a few weeks before trial was set to begin on the band’s claims of fraud, violation of publicity rights, and breach of contract.

The band’s attorney, Bert Deixler, declined comment. Michael Zeller, an attorney for Activision, did not immediately return a phone message.

The band sued Activision Publishing Inc. over a feature in the game that allows players to perform the songs of other artists using the likenesses of No Doubt front woman Gwen Stefani and other band members.

Activision had denied all wrongdoing and argued the idea of “unlocking” unadvertised features of a video game has been around since the early days of the industry.

The game debuted in November 2009 and was a spinoff of Activision’s popular “Guitar Hero” game series.

No Doubt’s lawsuit was filed after the release of “Band Hero” and claimed it turned the group into a “virtual karaoke circus act.”

The case cited instances in which players could use Stefani’s avatar to perform suggestive lyrics from the Rolling Stones’ hit “Honky Tonk Women,” or have a virtual version of bassist Tony Kanal sing his band’s hit “Just a Girl” in Stefani’s voice.