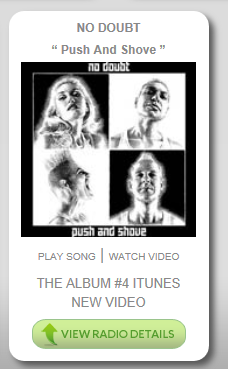 Just to give everyone a radio update,according to PlayIGA.com,the website where Interscope promotes its singles to radio,the ”Push And Shove” song has been added to Modern Rock radio in the US (we know that while the band has said it’s not an official single it’s been getting airplay on KROQ and some other alt rock stations). Also,Tom replied to a fan’s Twitter question about ”Looking Hot”,saying that the song will be added to radio soon,as well. Be sure to keep requesting!!!

@shaunloveslgaga not yet, but soon