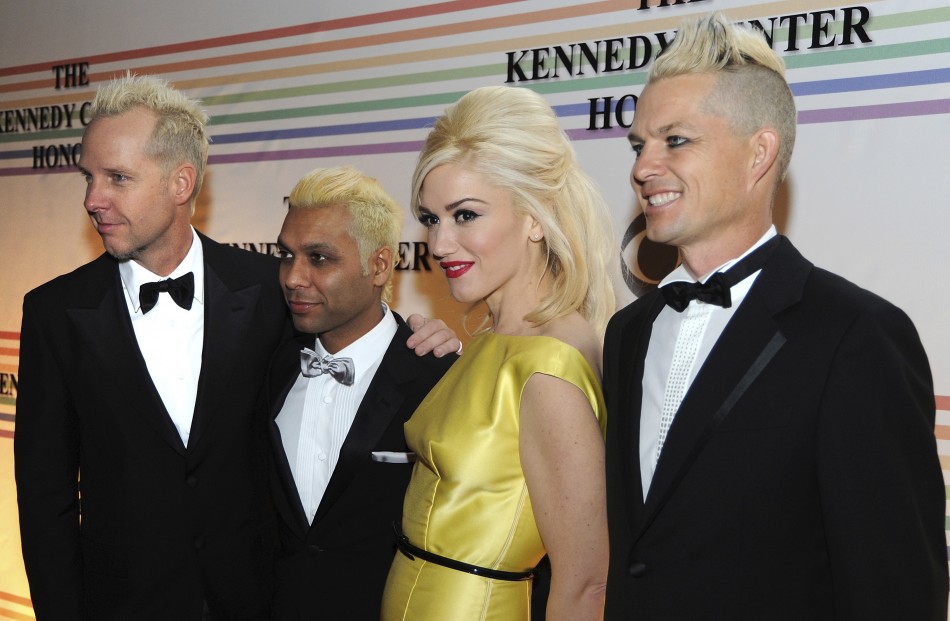 No Doubt has has been included on yet another Most Anticipated Albums list-this time,it is the Top 10 list of International Business Times.
No Doubt, Untitled (2012)

It’s true, Gwen, Tony, Adrian, and Tom are coming back as No Doubt in 2012, when the band releases its first album in more than a decade. In September, No Doubt released a statement about the new material, noting that the album was actually supposed to come out in 2011.

The Anaheim based band is getting ready to release their first album in more than a decade. (PHOTO: REUTERS / Jonathan Ernst)
“It’s just not ready yet. We don’t want to rush this album just to get it out. This collection of songs means everything to us and our only priority right now is to make sure that it’s the best album we can possibly make. There is still more work for us to do . . . ” the band wrote.