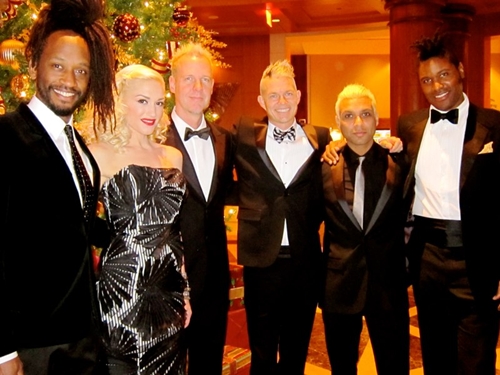 No Doubt has been featured in YET another most anticipated album feature! They are included in Billboard’s 2012 Album Preview: This Year’s Best Bets. We are loving how excited the media is for the new album!

From Madonna to Prince Royce and from Tim McGraw to Timbaland and far beyond, Billboard spotlights which rock, hip-hop, Latin, country, indie and pop artists and albums to watch for in the year ahead. Who will reign supreme in 2012? Here are dozens of contenders we’ve got our eyes on.

No Doubt
Title: TBA | Release Date: TBA
In September, Southern California rock act No Doubt ( @nodoubt) announced on its website that its long-awaited new studio album wouldn’t be ready for 2011. About two months later, singer Gwen Stefani tweeted enthusiastically about listening to “the new no doubt record.” Whenever the project arrives, it’ll be the band’s sixth studio set and first since 2001’s “Rock Steady,” which has sold 2.8 million copies, according to Nielsen SoundScan.