Due to computer problems,yesterday’s installment of our No Doubt 25th anniversary retrospective was delayed: 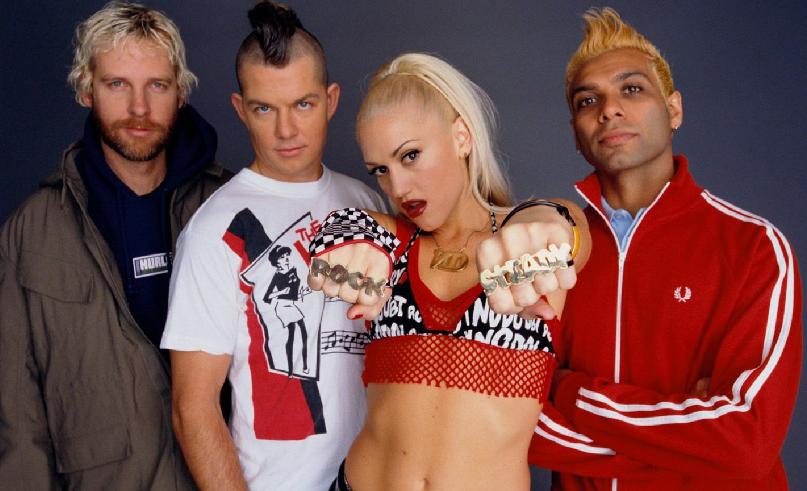 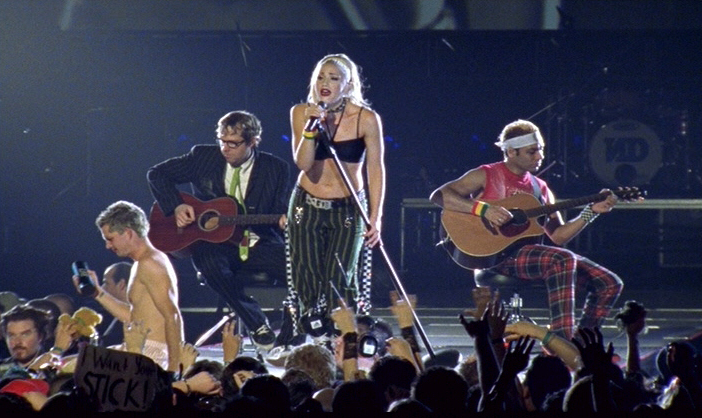 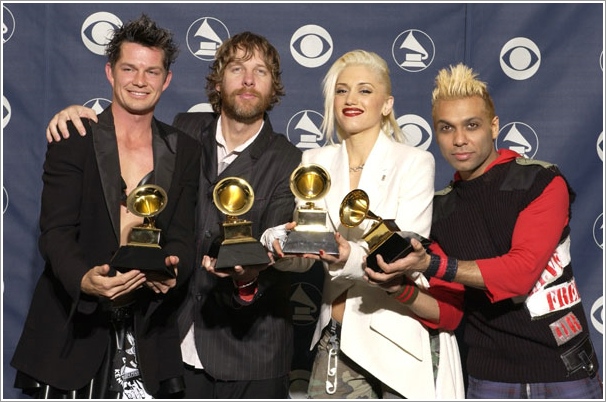 No Doubt began working on the Rock Steady album on January 2,2001. Inspired by the dancehall-style rhythms they had heard during Return of Saturn concert afterparties and Tony’s vacation in Jamaica,they created beats on Pro Tools in Tom’s apartment;many of the demos recorded during these early sessions were used in the final tracks. In contrast to their previous albums,the writing and recording process was fast-paced and spontaneous,with the band vying to meet a shared goal of both writing and recording a new song each day. In early 2001,the band traveled to London,working with Dave Stewart on ”Underneath It All”,and then traveled to Jamaica,where they colaborated with reggae legends Sly and Robbie and Steely & Clevie,as well as dancehall toasters Bounty Killer and Lady Saw. Upon returning home,the band continued their collaborative efforts,working with such varied artists and producers as Nellee Hooper,The Neptunes and Ric Ocasek,later mixing the album in London with Spike Stent. (”Waiting Room”,a song written during the Return of Saturn sessions,was rearranged and co-produced by Prince,one of the band’s idols.) In between sessions,Gwen sang on the Dr. Dre-produced Eve track,”Let Me Blow Ya Mind”,which would go on to win the first Grammy for Best Rap/Sung Collaboration.

Released on December 11,2001(a week ahead of schedule due to the huge popularity of lead single ”Hey Baby”),Rock Steady,an irresistible blend of reggae,dancehall,synthpop and dub,received positive reviews from critics and was a big commercial success,selling over 3 million copies. The band was also honored with another Rolling Stone cover and more awards,including MTV VMAs for Best Group Video and Best Pop Video for ”Hey Baby” and their first Grammy Award for Best Pop Performance By A Duo Or Group With Vocal for ”Hey Baby”-they would win in the same category the following year for ”Underneath It All”.

In the fall of 2001,No Doubt opened on tour for one of their biggest inspirations and inflences,U2,beginning with an emotionally-charged show at Madison Square Garden in New York City-one of the first shows played there after 9/11. They then embarked on a worldwide Rock Steady Tour and opened a few shows for The Rolling Stones later in the year,returning home to receive another huge honor: the Keys to the City of Anaheim. The band celebrated their homecoming with 3 sold-out shows at Long Beach Arena,concerts documented in the Rock Steady Live DVD. In January 2003,No Doubt rocked the Super Bowl,playing ”Just A Girl” and performing ”Message In A Bottle” with another one of their musical heroes,Sting.

The Rock Steady era was marked by a change in the band’s personal lives-Adrian and Nina welcomed their first child,Mason,and Gwen became engaged to and married Gavin. These changes were part of the reason why the band decided to take a break following the Rock Steady Tour. What are your favorite Rock Steady-era moments?