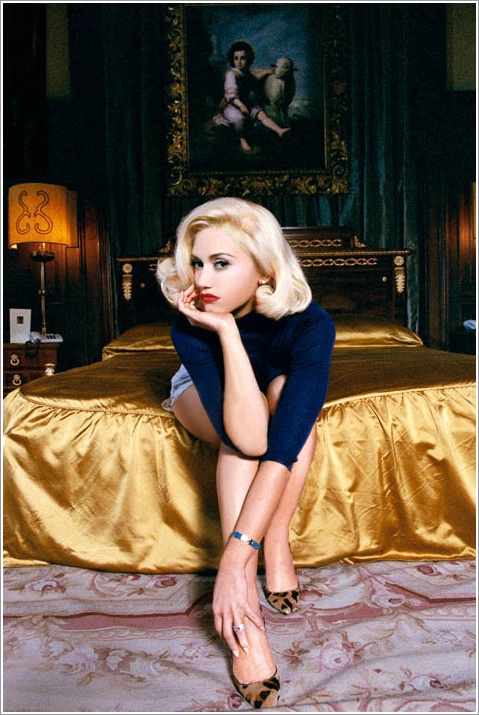 It’s been announced that Gwen is among the 100 notables on the National Portrait Gallery’s alternative list for its new ‘’American Cool’’ exhibition celebrating individuals who are the embodiment of ‘’cool’’. While we think that Gwen should have been on the gallery’s main list and been included in the actual ‘’American Cool’’ exhibit, congratulations to her on being on the Alt-100 list. To see the complete list, click here.

The Alt-100 List recognizes those icons over whom we argued the longest and hardest. They are grouped in alphabetical order according to their period of greatest acclaim. These public figures point up the richness and depth of American popular culture, and we hope it provides further fuel for future conversations. Here you will find some artists whose cool cachet lasted only a decade and some who were only cult figures. If we could not find a photograph that captured a person’s cool, he or she can be found here. After all, you have to look cool sometime to carry off the daily struggle of existence with style.

“American Cool” is not the last word on cool but rather the first step toward a new national conversation on this singular American self-concept.

The first list, below, features those individuals included in the exhibition. The second list represents those who were considered but, ultimately, were not included in “American Cool.“

Who’s on your cool list? Here are two questions to consider:

(1) Did this person bring something entirely new into American culture?
(2) Will this person’s work or art stand the test of time and history?

Let us know what you think.