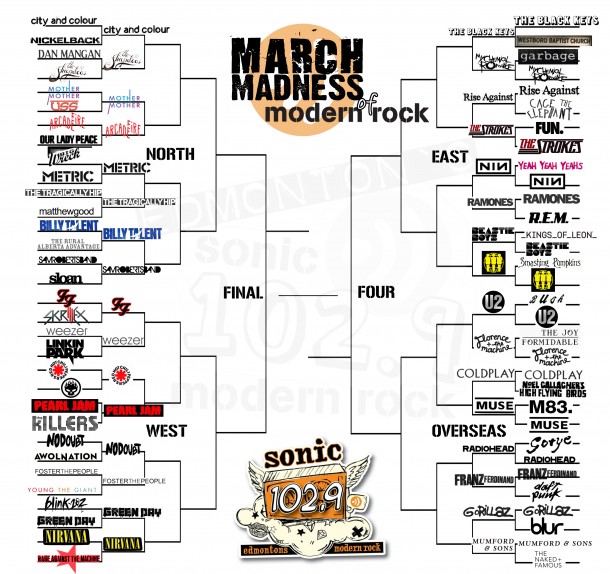 We had mentioned last week how No Doubt is one of 64 bands in Edmuonton,Alberta,Canada radio station Sonic 102.9’s March Madness of Modern Rock tournament,and now,thanks to your votes,No Doubt advanced to the second round! No Doubt is now up against Foster the People-No Doubt is winning,but not by much,so please be sure to vote for No Doubt (you can vote over and over) and spread the word to any fans you know. The tournament ends on April 3-let’s help No Doubt advance to the next rounds and be named the winner! And of course,PLEASE keep voting for No Doubt in MTV’s Musical March Madness tournament-Round 2 voting ends at midnight tonight and unfortunately No Doubt is still behind Panic! At the Disco.