Yay,Tom just tweeted that the band and Spike Stent are working on mixing ”Undercover” today-that will be the fifth song mixed!!! They are getting so close to finishing!

WOW,Tom shared that band does now know what the first single will be,but that they need to keep it a secret a little longer-he promised that we will find out ”soonish”!!! He also revealed that ”Undercover” is an ”upbeat rocker”-sounds awesome!!

@nodoubter29 we do know that info now, but have to keep it secret for a little while longer. Soonish! 😉

Yay, No Doubt just tweeted a photo of Gwen being interviewed today for another upcoming webisode directed by Todd! We can’t wait to see more webisodes! 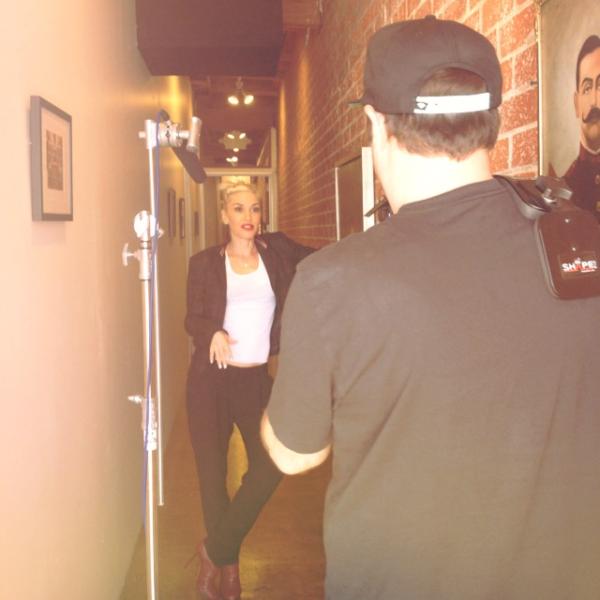