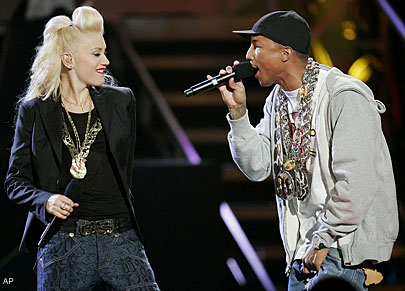 VideoStatic.com shared a couple more details about Gwen’s upcoming video “Spark The Fire”. As we mentioned before, Gwen revealed that she already shot the music video for the song back in October, along with the “Baby Don’t Lie” video.

“Spark The Fire” was also directed by old time friend Sophie Muller and the special effects are being worked by Flawless FX, the same company behind No Doubt’s “Settle Down”.

Gwen and Pharrell seem so excited about the track, since Gwen plugged her phone on air during an interview with Carson Daly at AMP Radio and previewed the song for the first time and Pharrell played the full song during his concert last weeked at the 3rd Annual Camp Flog Gnaw Festival. We hope it’s the next single cause the song is awesome!