Check out photos of No Doubt at last night’s star-studded Elton John AIDS Foundation Academy Awards Viewing Party in LA last night!! More photos are at JustJared and StyleBistro. Gwen was wearing Zuhair Murad-stunning! They all truly looked amazing,and it was awesome to see them at an event together again-hope they had fun!!

UPDATE: Check out HQ photos from the red carpet and inside the party HERE,thanks to Anne @justnodoubt! 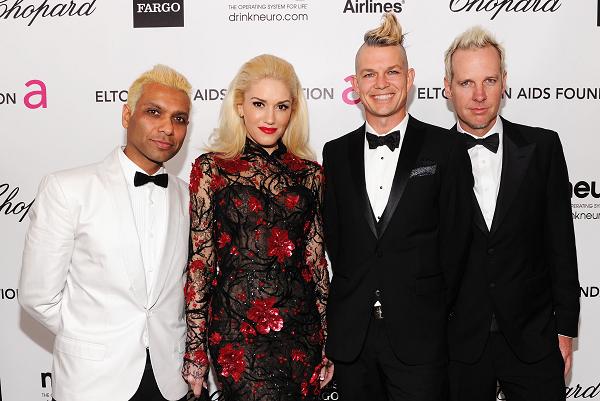 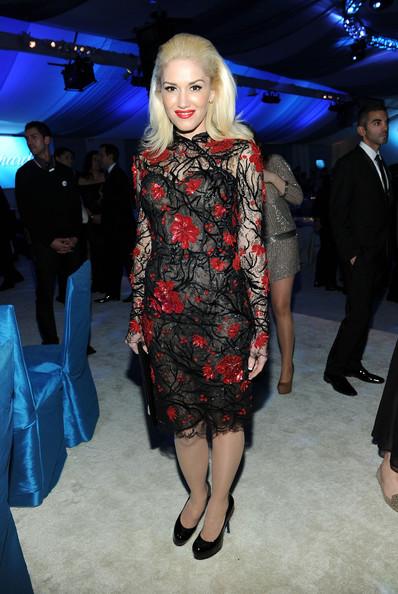 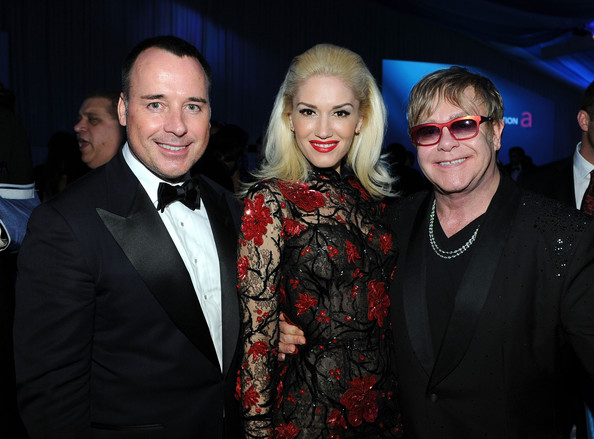 The dinner was followed by a lively auction. Auction items included a tennis lesson with 10 time Grand Slam Champion Rafael Nadal that sold for $190,000 twice; an in-home cooking class for up to ten people with Chef Cat Cora which sold for $100,000 to Steve Tisch, owner of the NFL champion New York Giants; the opportunity to join Elton John and David Furnish at the Vanity Fair Oscar Party that sold for $230,000 and a surprise auction lot – a bite from “Vampire Diaries” stars Nina Dobrev and Ian Somerholder, set visit to the show and lunch with Elton John and David Furnish went for $80,000. Following the auction, Foster the People took the stage to perform several songs including their hits “Pumped Up Kicks”, “Helena Beat” and “Don’t Stop (Color on the Walls)” much to the crowd’s delight.

Here’s a video of No Doubt and other celebs arriving at the party-Gwen and the guys can be seen at :29.