Thanks to Tawny for sharing a photo of herself and a friend meeting Adrian last night after he performed with Street Drum Corps at the “I’m On A Boat Festival” on the Queen Mary ship in Long Beach-Adrian even autographed the photo. They all looked awesome! Adrian will be playing with Street Drum Corps again tonight at The Roxy in West Hollywood,and also will be drumming at MIT and with Dilana at the Hard Rock Cafe in Hollywood tonight-we hope more lucky fans get to meet him! 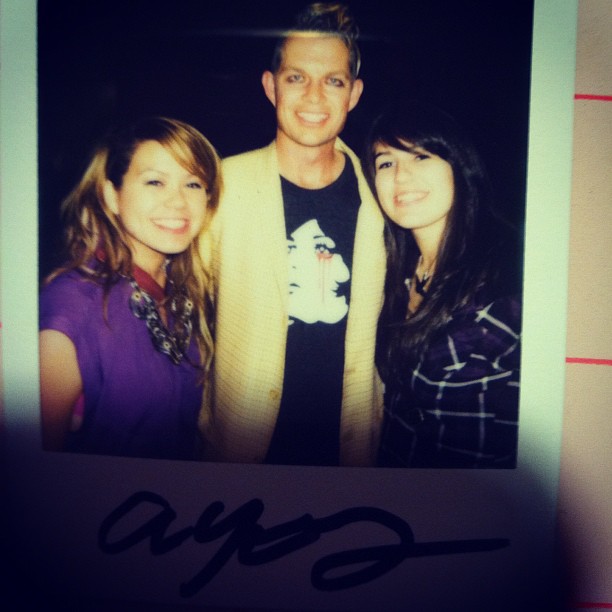 UPDATE: Thanks again to big fan Tawny for sharing a video she made about her experience at the “I’m On A Boat Festival”-there is footage of Street Drum Corps’ performance,including Adrian,at around 1:27.