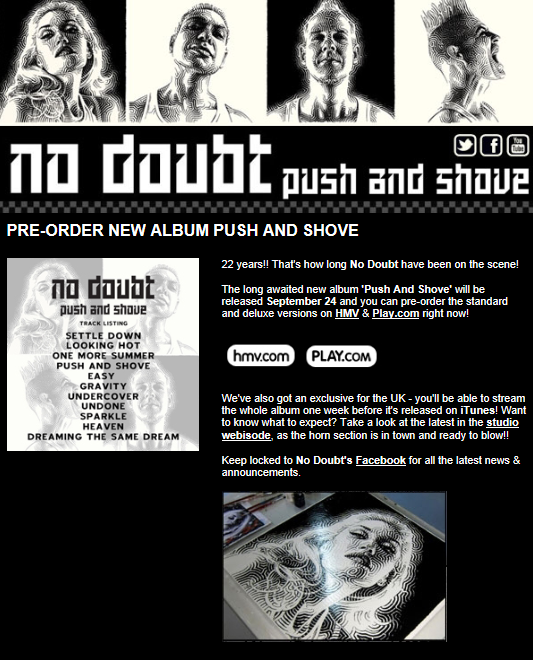 Exciting news for UK No Doubters!! As we mentioned earlier on facebook,in an e-mail sent to fans in the UK,the band announced that the Push And Shove album will be able to be streamed exclusively in the UK a full week before its September 24 release on iTunes!! The e-mail also reminds that standard and deluxe versions of the album can be pre-ordered at HMV and Play.com.

The long awaited new album ‘Push And Shove’ will be released September 24 and you can pre-order the standard and deluxe versions on HMV & Play.com right now!

We’ve also got an exclusive for the UK – you’ll be able to stream the whole album one week before it’s released on iTunes! Want to know what to expect? Take a look at the latest in the studio webisode, as the horn section is in town and ready to blow!!