YAY,Gwen is on the cover of November issue of Nylon Magazine,hitting newsstands in the US next week!! Gwen looks stunning,and we LOVE the new band photos!!! The shoot took place in September while the band was in New York City. We hope to have full scans and a transcription of the article up as soon as possible. 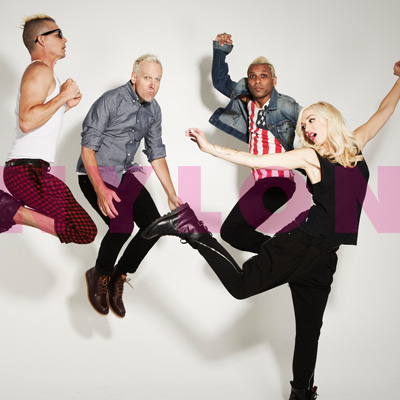 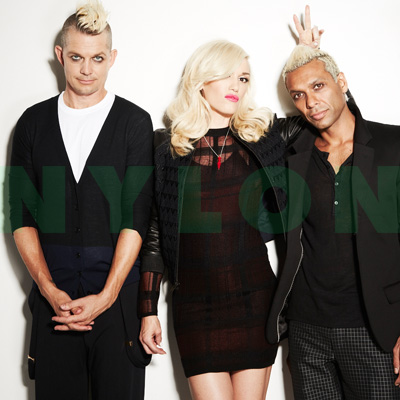 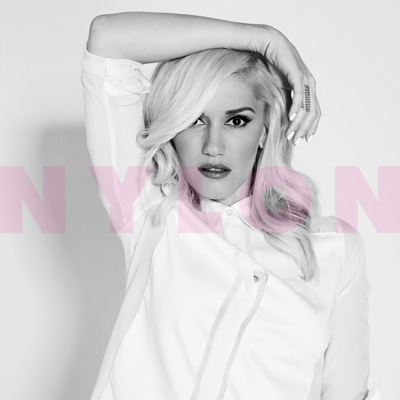 It’s been 20 years since No Doubt released their first album–and 12 years since Gwen Stefani graced our cover (the Terry Richardson-photographed issue is a precious commodity here in the NYLON office)–and yet the SoCal band is just as relevant as ever. For our annual November America Issue, Mallory Rice sat down with Tony Kanal, Tom Dumont, Adrian Young, and of course Gwen to talk about No Doubt’s sixth studio album, Push and Shove.

Gwen Stefani on fame:
“I’m telling you right now, being Number One or playing in a garage–they’re both super fun.”

Tom Dumont on testing the reunion waters:
“We had to get over that uncertainty of not knowing if what we were working on was good. The whole album is capturing little sparks, little snapshots. You cast away all the mediocre ones and keep the ones that are good.”

Gwen Stefani on how she gets inspired:
“I got all my favorite people that I work with [together] and we had a creative day. We basically all sat around with our art books and [magazine] tears and just put them up and did collages and tried to get a direction. We ended up not using anything, but it was really fun.”

Tom Dumont on the one type of music No Doubt could never master:
“You know what? Jam music. I don’t think we could jam.”

Gwen Stefani on the evolving music world (the MTV VMAs included):
“It used to have so much weight. People even paid attention to the categories! Now if you win one–I don’t even think anyone takes your picture. It’s like, whatever.”

Get the November America Issue on stands next week!

Gwen Stefani and her No Doubt band mates Tony Kanal, Adrian Young, and Tom Dumont jam out in this Nylon magazine exclusive picture from the November 2012 issue.

“I was pissed! I was being dumped in front of everybody. And I just remember finding so much power in songwriting[…] We were never bitter or mad, but it was like, I can tell this is happening…is it really going to happen? How can you do this? We’re best friends, you know? But, it did, and thank God. Or I wouldn’t have made all those songs,” Gwen said

1 thought on “Gwen on the Cover of the November Issue of Nylon Magazine!”