Canadian No Doubters,tune in right now to MuchMusic’s New Music Live show-No Doubt is being interviewed!! You can also watch live online here. Hopefully video of the interview will turn up online for us non-Canadians.

A few months ago, Lauren headed down to NYC because she scored an exclusive interview with No Doubt. They talked all about their massive comeback and what it was like leaving the public eye for 11 years. No Doubt also discussed their wild success in the 90s and their new album, Push and Shove which comes out today!

Also, Pattie Mallette aka Justin Bieber’s mom is on the show to talk all about raising her son and her new book “Nowhere But Up.”

We’re also breaking down the Polaris Music Prize with Damian, host of The Wedge. The award show went down last night at the Masonic Temple and Feist won the grand prize of $30 000. Tune in at 6 ET.

UPDATE: New Music Live has uploaded its interview with No Doubt HERE,but it looks like the videos can only be viewed if you live in Canada.

Thanks to John Ball for sharing some screencaps from the band’s interview: 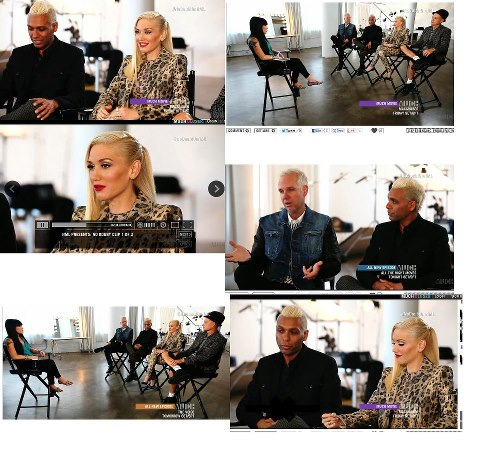