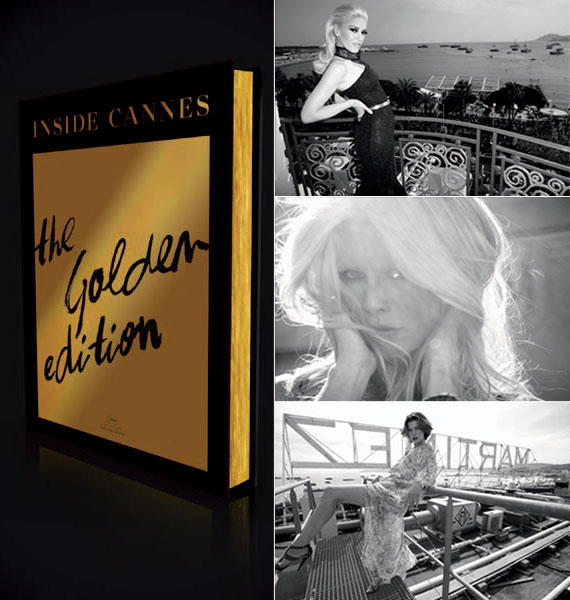 Last week we mentioned how L’Oreal Paris is celebrating its 15th year as the official makeup artist of the Cannes Film Festival by publishing a coffee-table book featuring black-and-white photography by Kenneth Willardt. The book captures “stolen moments” behind the scenes of the festival,and features photos of L’Oreal spokespersons,including Gwen. Now Harper’s Bazaar has revealed that the title of the book is Inside Cannes: The Golden Edition and at least one of the Gwen photos featured in it is none other than the stunning outtake from her Cannes shoot we posted recently. Once again,the book will be given to VIPs at Cannes,before going on sale as a limited-edition book through selected outlets-we’ll keep you updated as to when and where the book becomes available to the general public.