Thanks to Russian fan Yaroslav for sharing with us photos of Tony that were posted on the facebook wall of Russian singer Glukoza (her real name is Natalya Ionova-Chistyakova) and which were reportedly taken during Tony’s birthday festivities last week. Tony is posing with Glukoza in one photo,and in the other he is apparantly singing Depeche Mode songs with friends. According to a comment written by Glukoza in Russian HERE,Tony mentioned that the new No Doubt album will be released in March of 2012. We think fans should take this information with a grain of salt,since this may have been a miscommunication and especially since the band has been saying in recent interviews that the album would be released sometime this year.(There had been a rumor started by a DJ at LA radio station 98.7 that the album would be out in Spring 2012,but it was never officially confirmed by the band or its management.) No matter what,we know that band has been working really hard in the studio to finish the album and at the same time have it be the best album they can possibly make,which is worth any potential wait. 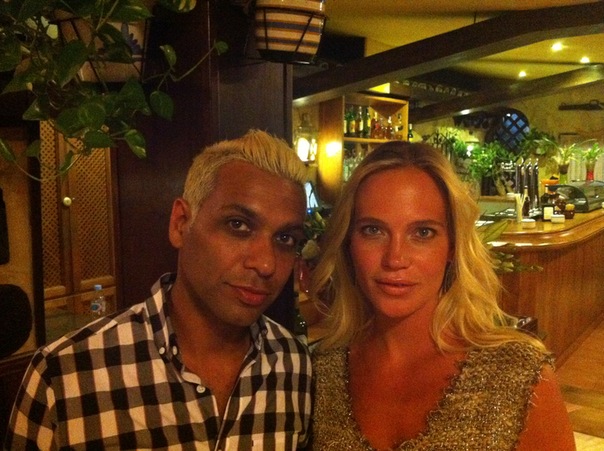 This is the English translation: Yesterday celebrated the birth of the Tony))) he showed us a new album, No Doubt. Promise to release in March! I sooooo like)))) 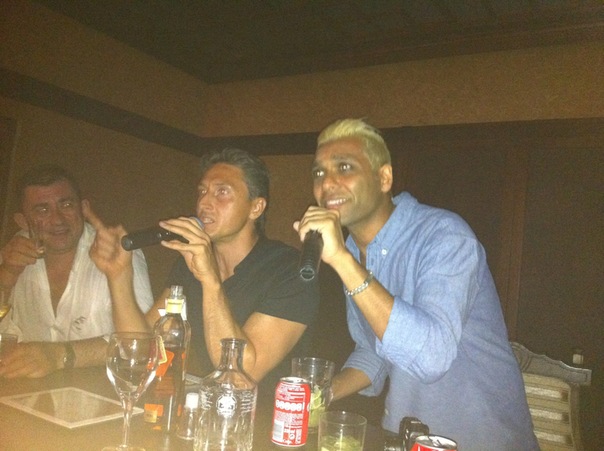 Tony with friends singing the songs of Depeche Mode