Tom shared a classic photo of No Doubt and Sting at dress-rehearsal for their amazing halftime show performance at the 2003 Super Bowl at Qualcomm Stadium in San Diego, California,saying that he’s so proud of it and thanking Rolling Stone for naming it one of the best halftime show performances of all time. We couldn’t agree more-it truly was unforgettable! 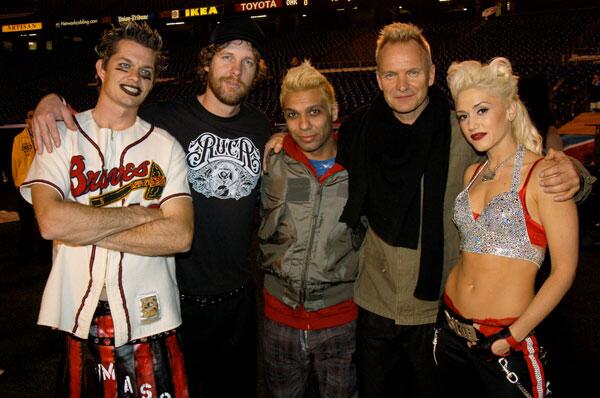 @nodoubt w @officialsting at dress-rehearsal for #superbowl halftime show in 2003. I'm so proud of that performance! pic.twitter.com/kQfzRMr5bu

@nodoubt played the #superbowl halftime show w/ @officialsting in 2003- thx to @RollingStone for this: http://t.co/kNJ0RVOGf1