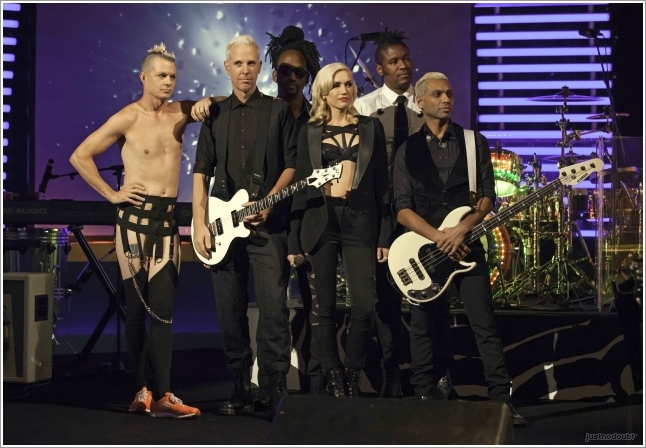 Just to remind European fans, No Doubt will be appearing on two TV shows tonight: UK’s The Jonathan Ross Show,which is airing on ITV at 10:35 PM,and a return appearance on France’s C à Vous on France 5 at 8 PM;the band taped a performance of ‘’Settle Down’’ for Jonathan Ross earlier this week,as well as an acoustic version of ‘’Don’t Speak’’ for C à Vous,in addition to the acoustic ‘’Settle Down’’performance that aired previously. We hope European fans are able to tune in,and that videos of both performances will turn up online!