UPDATE 2: Adrian confirmed that he will indeed be attending the awards show tonight-hope he has fun representing the band!

Going to the OC Awards tonight. ND is nominated. Ready to party!!!!!!Adrian twitter.com/nodoubt/status…

UPDATE: Tom just tweeted that he may not be able to attend the awards tonight because of the flu bug that’s been going around his house,though he said that Adrian should be there.

@nxd2013 @ocmusicawards thank you!!! Excited about tonight, not sure if the flu will allow me to attend, 🙁 @adrianyoungnd should be there 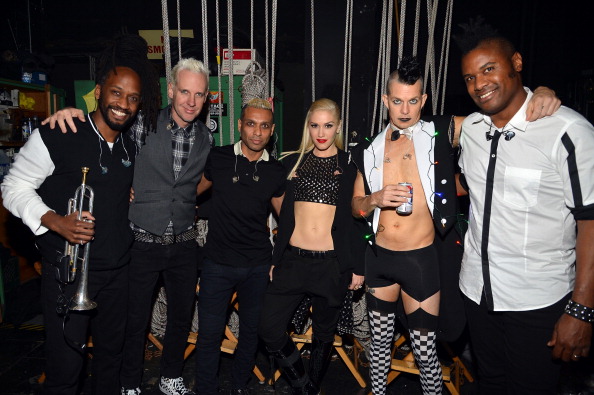 Tonight’s the night! The OC Music Awards ceremony is happening at 8 PM PST at the City National Grove of Anaheim! No Doubt is nominated in the Best Album,Best Song and Best Music Video (for ”Settle Down”) categories and,thanks to everyone who voted,they are also nominated for the People’s Choice Award. The People’s Choice winner will be decided by the fans during the ceremony via live text messaging,which we hope to have more specific information about soon. For those unable to attend the sold-out show,there will be a livestream. It’s not known yet if the band will be attending the awards ceremony,but we wish them the very best of luck winning all of the much-deserved OC Music Awards!

Performances include: Nilu, members of the Pacific Symphony, The Orquesta Cortez, Moonsville Collective, GoGo13, John Easdale of Dramarama, Robert Jon and The Wreck, and Zebrahead.

OC Music Awards is Orange County’s premier annual music event, honoring the best and brightest in local talent. Over the past 12 years the Awards has provided a platform for local artists to gain recognition and exposure in one of the nation’s most vibrant music scenes. Each year the Awards presents a season of live music starting with a free weekly Showcase Series January through February, leading up to the Awards night ceremony on March 9, at the City National Grove of Anaheim, where the music industry comes together to honor the achievements of local artists in 27 genre categories.