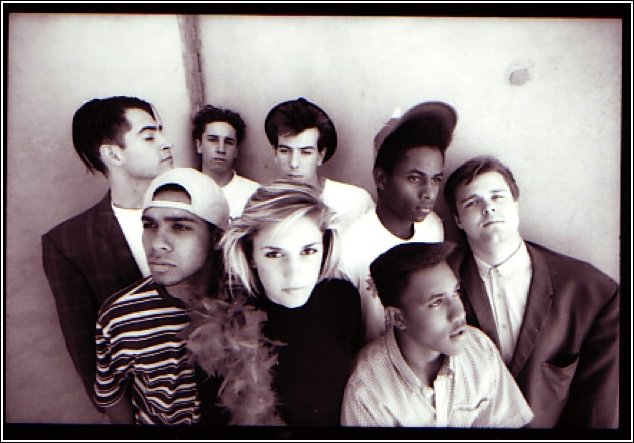 As fans know,No Doubt played for the first time on New Year’s Eve,1986. Gwen has mentioned in the past that the date is a big moment for No Doubt,and with the band celebrating not only a new album release in the new year but also their 25th anniversary,we thought it would be nice to commemorate the milestone by taking a week-long look back at each of the band’s major eras,starting with the band’s earliest years and continuing through the current new album stage. We realize most fans know all about No Doubt’s history,this is simply meant as a humble tribute to the band’s amazing legacy.

Formed in 1986 in Anaheim,California by John Spence,Eric Stefani,Gwen Stefani and friends,No Doubt was inspired by the band members’ shared love of the ska and 2 tone music of bands like Madness and The Specials and,after playing numerous house parties,they slowly built a huge following of loyal fans in the then-underground Southern California ska scene,opening gigs for such legendary groups as The Untouchables and Fishbone,as well as playing their own shows. The band played its first official gig on March 12,1987,a show attended by high-school junior and burgeoning bassist Tony Kanal,who soon joined the group. Following the tragic suicide of co-founder John Spence in December 1987,the devastated band considered calling it quits but decided to forge on,making demo tapes that were sold at their concerts. Tom Dumont replaced the band’s original guitarist in the spring of 1988,and Adrian Young became the band’s drummer in the summer of 1989. Below,watch rare footage of John Spence performing with No Doubt at the band’s show at the 1987 Mod Expo,as well as the band’s first TV appearance on local show The Gig. Share with us in the comments section your favorite moments from No Doubt’s beginning years.