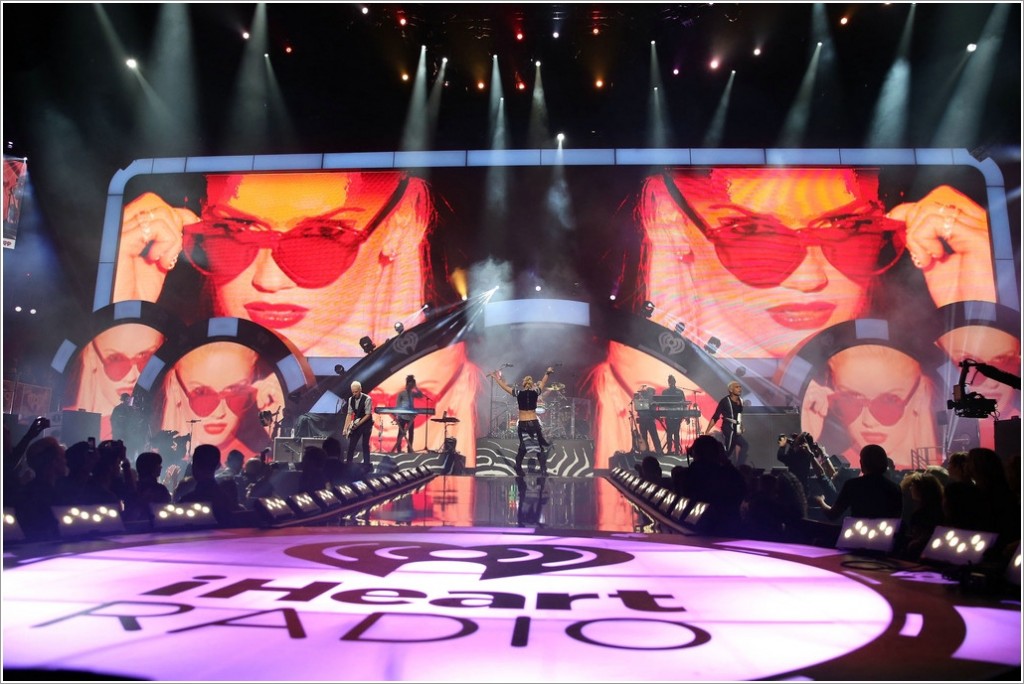 Just to remind everyone,the The CW network is airing a 2-hour 2012 iHeartRadio Music Festival special tonight at 8 PM EST featuring performances by No Doubt and other artists who performed at the Festival in Las Vegas last month. It’s not know for sure how much of No Doubt’s 6-song set will be televised. You can check your local listings here to find out what channel The CW airs on in your area.

This year, history didn’t just repeat itself… it got bigger! The 2012 iHeart Radio Music Festival blew the roof off the MGM Grand Las Vegas, and now you have the chance to see performances from the festival on television!
The 2-hour 2012 iHeartRadio Music Festival special will air on The CW Monday night at to kick off their fall season of shows.
On Monday at 8/7c, tune in to The CW to see performances by No Doubt, P!nk, Lil Wayne, Rihanna, Pitbull, Enrique Iglesias, Aerosmith, Linkin Park, Usher, Psy, Mary J. Blige and Prince.

UPDATE: The CW has posted a video of No Doubt backstage at the iHeartRadio Festival-you can view it here (sorry,there isn’t an embedding code.)

UPDATE 2: NoDoubt.com posted that the band’s iHeartRadio Festival performances of ”Looking Hot” and ”Just A Girl” (which they performed with P!nk) will be aired tonight on the special!!

You streamed the iHeartRadio Music Festival last month online, but here’s your chance to see the biggest event in radio history live on television! Tune into the 2012 iHeartRadio Music Festival Special tonight at 8/7c exclusively on The CW Network. This two hour special will feature full performances from No Doubt, including “Just a Girl” (featuring Pink!) and “Looking Hot,” live from the MGM Grand in Las Vegas.
Some of the performances will also be made available on demand at iheart.yahoo.com immediately after the show!
Click here for more information and local listings.