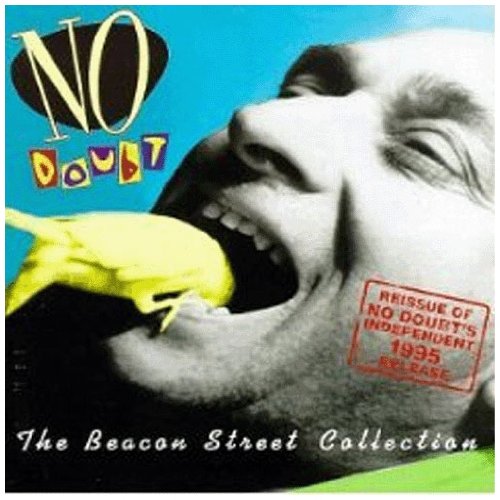 Today marks the 15th anniversary of the re-release of No Doubt’s classic second album,The Beacon Street Collection! As fans know,No Doubt released the album independently in March 1995 on their own label,Beacon Street Records,recording it in the garage at the bandhouse in Anaheim. The album was re-issued by Interscope on this date in 1997 following the massive success of Tragic Kingdom. The Beacon Street Collection remains beloved by millions of fans who still hope that No Doubt will once again perform songs from it (the band did play snippets of ”Squeal” and ”Total Hate” during the 2009 summer tour.) Speaking of which,given their recent facebook poll asking fans to vote for their favorite song from the collection,No Doubt may perform a song from it during their Gibson residency-it looks like ”Total Hate ’95” won the poll,but who knows,No Doubt just may surprise us! What are your favorite songs and live performances from The Beacon Street Collection?